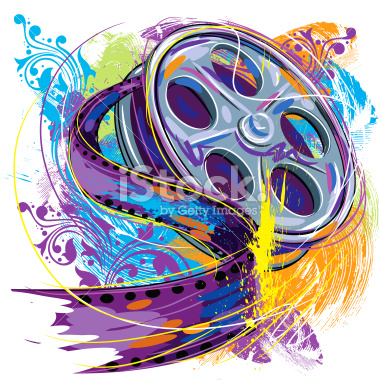 Movies give us the chance to connect and relate to different things like we never could have done before. Whether you’re sitting down on the couch dozing off to the movie, or if you’re an avid movie fan like myself, you watch movies to relate to the characters and their situations that they go through. Here are the top 10 movies you should see before you die.

One of the craziest movies of all time, Brad Pitt in his pinnacle of his acting career, and of course the one thing we can’t all talk about. Fight Club is a cinema classic that has made the common household item soap a movie icon.

Action packed and filled with tons of emotion, this wartime movie creates a masterpiece of a story by giving the viewer twists and turns of heart wrenching story content. Does Private Ryan ever get saved from the Nazis?

Filled with mystery and intrigue, David Fincher is back at it again with this serial killer horror flick. Watch as two detectives, played by Brad Pitt and Morgan Freeman, fight a battle of the wits to try and catch this psychopathic killer from killing more people based upon his seven deadly sins philosophy.

War is not only harsh for the soldiers on the front, but it can be especially hard for the family and friends at home who have to watch coverage of the war every day. This very inspirational movie tells the story of Forrest and his journey through these rough times and would be a perfect movie for anyone who has experienced anything with war, both overseas and at home.

The Godfather by Francis Ford Coppola

In the movie based on the book of the same name, the mafia is truly a force to be reckoned with in this exquisitely crafted crime film. Watch as the Corleone family battles the law and both their rivals in this amazing action-packed movie.

Children of the Korn by Fritz Kiersch

Based on the Stephen King novella of the same name, this masterpiece shows how good movies had the opportunity to freak you out during the late 70s to early 80s. Don’t miss the chance to check out this freakshow of a film.

Silence of the Lambs by Jonathan Demme

Looking for a good horror flick to keep you up at night? This psychological nightmare will surely make your deepest, darkest nightmares come true. Will the detective be killed? Or will they catch the cold-blooded killer? That question will keep you on your toes throughout this hellish film.

To Kill a Mockingbird by Robert Mulligan

Despise black and white movies? Don’t let your bias keep you away from this classic blockbuster film. Based on the novel of the same name, this movie tells the tale of racism at its peak in a southern court house. Will justice somehow prevail in the halls of evil?

The Great Gatsby by Baz Luhrmann

The American Dream is vibrant and alive once again in this film. Join Mr. Gatsby, Nick and the rest of the gang in their experiences both good and bad, through this dramatic thrill ride of a story that will surely take your breath away.

Quentin Tarantino is a man with many talents, as well as being a director for this classic film, he also cameos in the movie acting as one of the mobster’s closest friends. This movie will surely leave you questioning every twist and turn this movie has to offer.