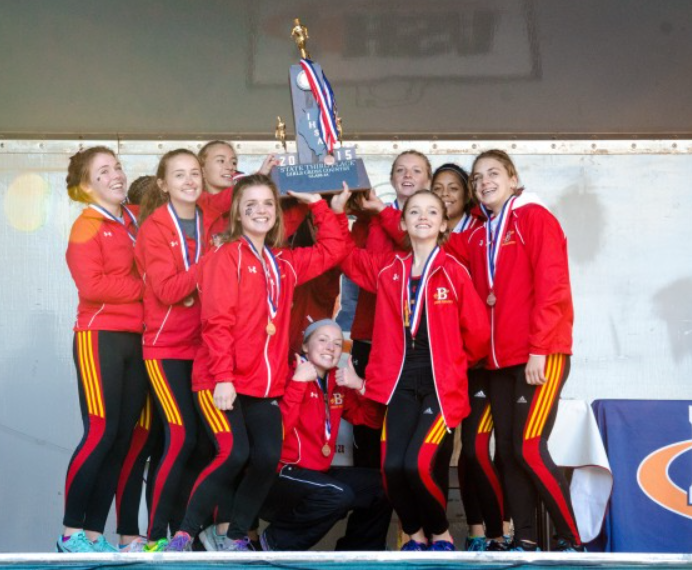 At Batavia, there are many popular fall sports that you can get involved in. Here at BHS we have a lot of sports that you can join especially in the fall. Some examples are boys’ soccer, cross country, football, dance, volleyball, cheerleading, girls’ tennis, and boys’ golf. On the JV dance team, one of the best dancers is Madison Baumgartner. She was recently on varsity but got moved back down to the JV team.

On the JV1 girls’ tennis team there are three captains: Aleigh Nelson, Katie Michel, and Eliana Zagoren. Nelson is the varsity coaches daughter so she is good. I think they are all pretty much equal to each other when it comes to tennis.

For the freshman boys’ soccer team there are no captains on the team. No one got moved up or cut. They won one out of their two games on Thursday 1-0 against the Oswego team. The best players are probably Andy Barry and Hector Rosolas. Rosolas plays defense throughout the game and Barry  plays defense and center midfielder.

Here at Batavia, there are five volleyball teams I’ll just be covering the freshman B team. This year there were no cuts for freshmen and a few people got moved up to the sophomore team and two players got moved up to the JV team. I heard a problem was that some people were mad because there were too many hitters and not enough freshmen so one girl on freshman B switched her position and wasn’t able to make freshman A because she was learning how to be a setter and not a hitter. Lauren Peterson it the best player on the team. She probably should’ve been moved up to the freshman A team but since she was a hitter and changed to a setter she got moved down because she wasn’t as good as the other setters on the freshman A team.

At Batavia, we have fantastic teams and players that work and try their hardest every day to make us well known in the sports category. We have amazing coaches that help all of the players become who they are and progress through the season. Everyone works very hard and has a lot of fun getting involved in sports at school.