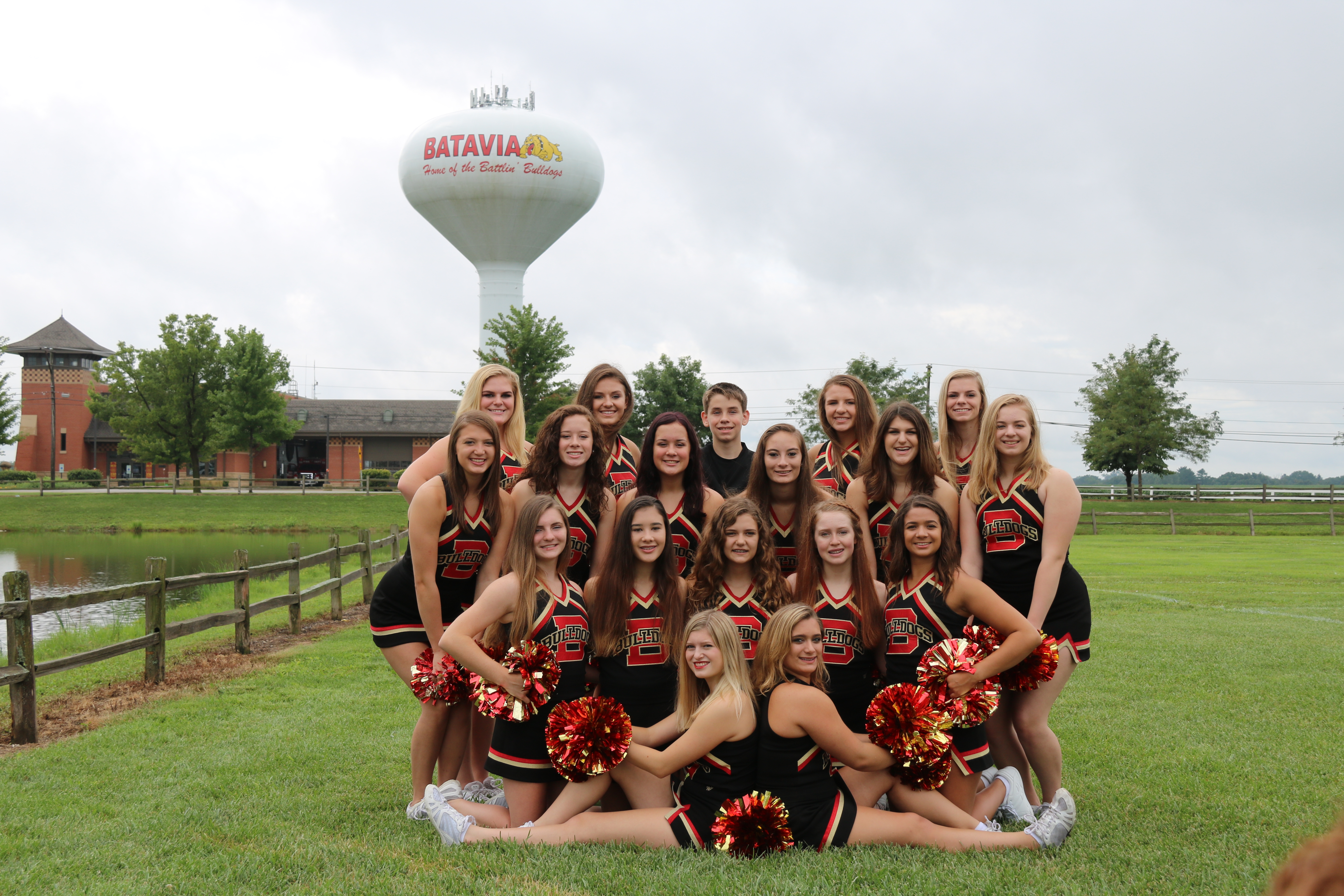 “Varsity and JV teams ended their season with the highest scores of their season,” Melendez said. “We hosted the Upstate Eight Conference Cheer Competition, which was the first time our school has ever hosted a cheer competition.”

“Our leaders this season are Ilena Gilbertson, Shea Jones, Courtney Mansour, Sophia Plourde, Micayla Russotto, Alyssa Schulz, Brittany Wall, and Haley Wall,” Melendez said. “They have all been in our program for at least three years and have amazing leadership qualities. These leaders know what is expected in order to do well in the sport, and really help elevate the athleticism on our team.”

“The five JV leaders are Michaeline Cornelius, JJ Martinez, Caty Burken, Morgan Shoaf, and Gretchen Gunderson,” Melendez said. “Michaeline was a cheerleader last year, so the other four are newcomers, who are already showing much leadership potential as underclassmen.  They all play a vital role in team bonding and pumping up the JV squad.”

“Buffalo Grove is a top team in our area, not only because they have an amazing co-ed program, but because they also won state for the past two years,” Melendez said. “They are a tough team to beat, but every local team looks up to them as the same time Saint Charles East is another top team in our area for large, all-girl. They are always super sharp and clean looking, and can pull off amazing skills!”