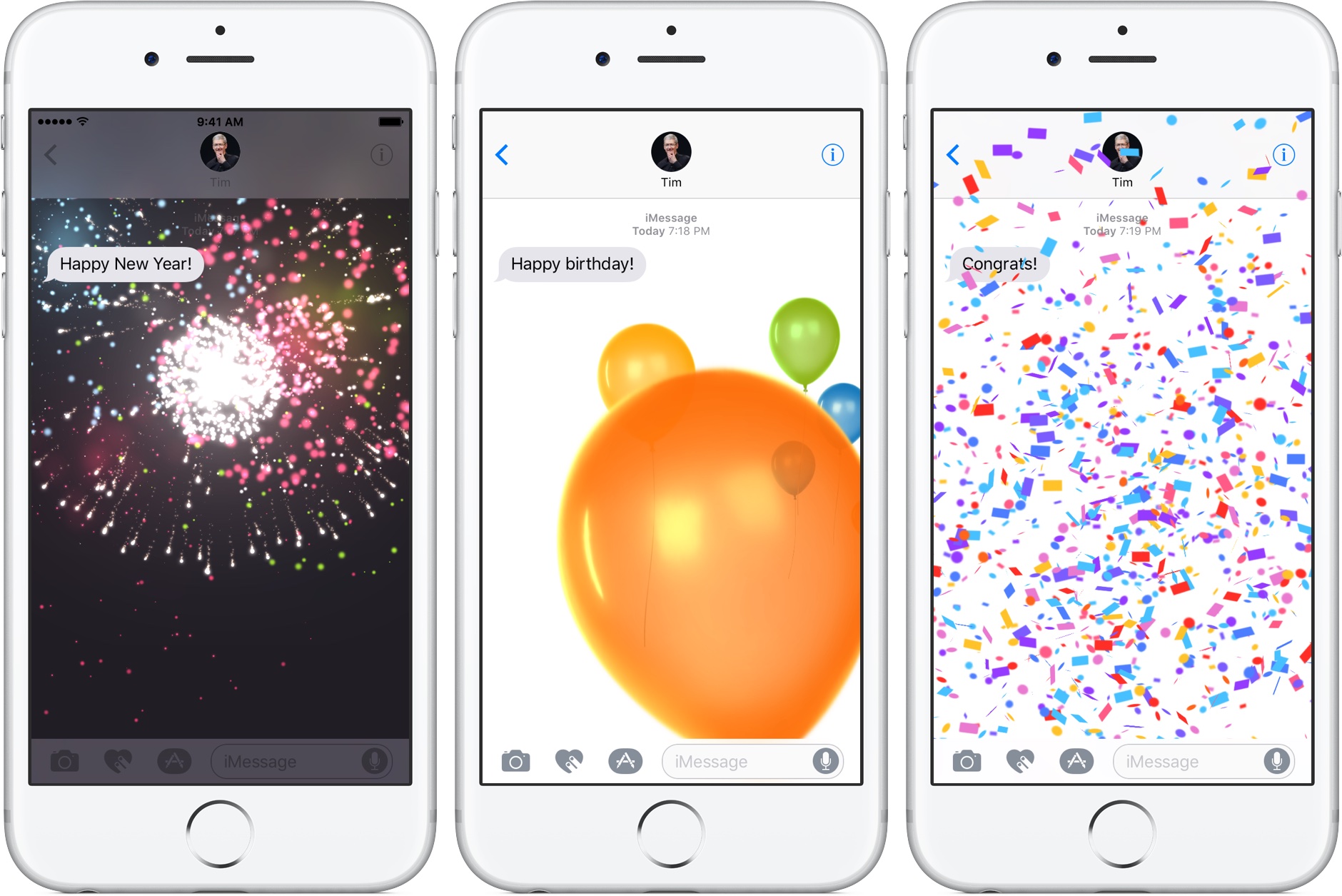 On Tues., Sept. 13, in preparation for the iPhone 7, Apple released its biggest update yet: iOS 10. The operating system introduces many new features and is compatible with all iPhones newer than the iPhone 5 and all iPads newer than the fourth generation iPad. Some of the biggest features were made to messages, notifications, the lock screen, the home screen, and 3D touch.

Messages: Messages has had one of the biggest updates in awhile, changing many things and adding tons of features.
Effects: Messages has added a new feature that allows users to customize messages even more. By pressing and holding the blue arrow before sending something, the phone will add an effect to a message. There is also an option to add a full-screen effect. The option can fill the screen with confetti, fireworks, balloons, and a couple of others.

Stickers: Another feature that the iOS 10 update has added is the ability to put stickers on messages. Above the keyboard, there are three new icons. Tap on the one furthest to the right, and you’ll see the option to add stickers. When pressed, the app store will open and the user will be able to download any sticker pack and use them to spice up messages.

3D Touch: Many new uses for the 3D-touch feature (introduced with the iPhone 6s) have been added. The apps compatible with this feature are settings, managing Bluetooth, Wi-Fi, cellular and battery, reminder and calendar apps, the photos and camera apps for quick access to the camera, messages and the phone apps, the music app, the app store, and many more apps. 3D touch is also an option for third-party apps to include on their apps for more accessibility. Apple is really pushing 3D touch and wants it to become part of the user’s daily life to be more productive.
Though the list is much longer than this, these are the main updates. In the new update, Apple hopes to improve productivity on the iPhone, making it even faster for users to get where they want to be and do what they want to do.