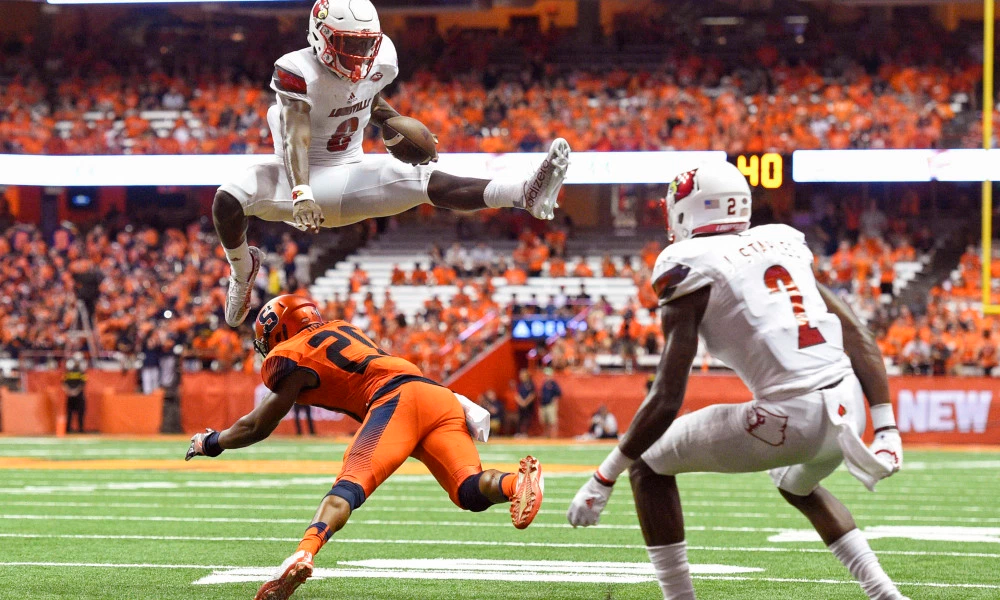 College Football is now in full swing and the rankings have been posted for week three. Already this year there have been game winning hail mary’s, eight touchdown performances, and Heisman hopefuls. Upsets are becoming common; three of the top ten teams were upset in week one. There have been blowouts from unexpected games and some upsets were already in the making that did happen. This College Football season is just getting started and is looking to be one of the best ever.

Alabama to no surprise is number one in the College Football AP Poll. Alabama started their season off with a bang as they demolished USC in the opening game at AT&T stadium in Dallas. Alabama has one of, if not the best, defenses in the nation, which is led by their defensive line. They are most notable for stopping the run. Alabama is not as stout on the offensive side of the ball as last year, but they have talent to win them a national championship.

Ranked second in the nation, the Florida State Seminoles looked lackluster in the first half of the game against Ole Miss in week one but rallied back and won the game after trailing by more than 14 at the half. Dalvin Cook has been keeping his Heisman hopes alive, but made a bonehead play against Ole Miss and dropped the ball at the four-yard line when nobody was close to him. The Seminoles are looking tough to beat so far this year and have a tough road ahead of them; so far they are showing enough promise to win those tough games.

The third-ranked team in the nation is the Ohio State Buckeyes. J.T. Barrett has looked phenomenal and is behind a very good offensive line. The Buckeyes have a lot of youth on both sides of the ball, but are showing that they have the talent to keep up with the teams in the Big Ten and teams out of conference. Although they do have to play to perfection against the threat of Michigan, Urban Meyer is one of the best coaches in the nation and knows how to make the Buckeyes the best.

The Clemson Tigers are now ranked fifth after starting the season second. Clemson only won by 10 to Troy, and only won by six to Auburn. Deshaun Watson is arguably the most exciting quarterback in college football. The Tigers are a threat to any team that steps in their way. The Florida State/Clemson game will be one of the best games of the year.

Houston, of all teams, is ranked sixth in the country and they started the 2016 season off with a bang, defeating then third-ranked Oklahoma in the first week of the season. They are led by an explosive offense and their special teams may be one of if not the best in the nation. The reason why Houston can be a threat to any team is their speed on offense, defense, and special teams.

The seventh ranked team in the nation is the Stanford Cardinal. Stanford is so talented on the offensive side of the ball every year it seems ever since Andrew Luck was there. Christian Mccaffrey is the most dangerous running back in the nation and is so quick. Mccaffrey has the talent to be the unanimous Hheisman. Stanford has a very underrated defense where they can shut an opponent down every game if they wanted to. Stanford is dangerous team and can make a run at the College Football Pplayoff.

The Washington Huskies are a very underrated team in the eyes of many but, there schedule is not that tough for them to be ranked in the top ten. Washington has played very well against Rutgers, and Idaho. They have a very talented defense while that can sometimes mean that they don’t need a great offense which Washington does not but, they have speed. Washington’s speed is very useful in games where they are playing Pac 12 teams because Pac 12 teams are known for having loads of speed.

The ninth- ranked team in the nation is the Wisconsin Badgers. Wisconsin surprised many people in America by upsetting LSU at Lambeau Field in Wisconsin. Wisconsin doesn’t really have a star but they have many players that are good enough to all carry the team. Wisconsin has a great defense and as always a great running game. Wisconsin may not be in the College Football playoff but they are a good enough team to be in a Nnew Yyear’s day bowl.

The last team in the top ten is the Louisville Cardinal. Lamar Johnson is the most dangerous quarterback in the country so far due to a eight touchdown performance a week ago. Louisville has a very tough test of playing Florida State at home this weekend and that game will decide if Louisville is the real deal or not.