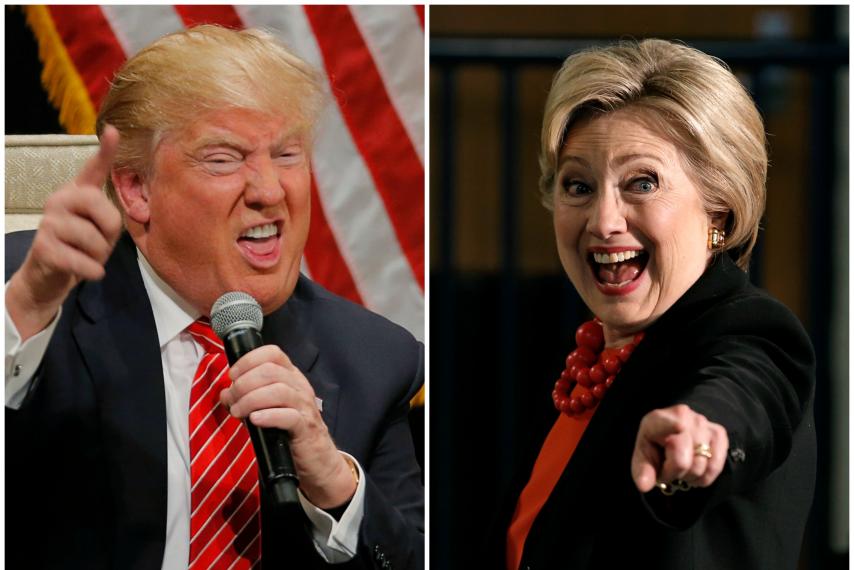 Editor’s note: This is a two-part series completed by Journalism I students. The opposing side will be released in the coming days.

“I’ve said if Ivanka weren’t my daughter, perhaps I’d be dating her,” said Republican Presidential nominee Donald Trump. Now, why would we want someone like him to run our country? Hillary Clinton is our best option for president. Donald Trump to most people isn’t an option: he takes the presidential election as a joke and he horrifies people at the possibility that he could be running our country. Hillary Clinton has great ideas and unique viewpoints and is a reasonable person, unlike Trump who believes he can just build a wall to solve all his problems.

Hillary Clinton would first help our economy because she will even out taxes and make sure the wealthiest pay their share. She would make sure to get rid of secret loopholes that allow some to pay less.

“So that the people at the top pay their fair share,” said Hillary Clinton. Also, she would help to raise the minimum wage so everyone can be equal, “Inequality is too high, wages are too low and it’s hard to get ahead,” Clinton said on Sept. 21, 2015 on her second Arkansas visit.

Hillary Clinton also is smart and sees that global warming is happening to the environment around us and would try to do something to stop it.

“Climate Change is real. It’s hurting our planet and our people. We can’t afford a president who ignores the science,” said Hillary Clinton in a tweet she posted on Jan. 20.

For example, the global temperature has scientifically been tested and has shown an increase of 1.33 degrees in the last 100 years. This might not seem like a lot but it has rapidly been increasing since 1979, according to data taken from Intergovernmental Panel on Climate Change. Clinton would help slow it down or stop by making sure no one drills in the Poles, stop tax giveaways to big oil and gas companies, and finally make investments in clean air.

Donald Trump, on the other hand, is not as educated as our next president should be and says he doesn’t see global warming.

“Snowing in Texas and Louisiana, record setting freezing temperatures throughout the country and beyond. Global warming is an expensive hoax,” Trump said via Twitter.

Donald is also an example of a racist man, “Laziness is a trait in blacks,” Trump said. Now I don’t want a racist man like that to be able to run our country because he will ruin us financially and economically. Hillary Clinton is a much better politician who can help our country.

Trump also has not made a real and reasonable plan to help our economy. He is a man of business, not a man of politics. Hillary Clinton, on the other hand, has been a successful U.S. Secretary of State and has even helped to take down Osama Bin Laden.