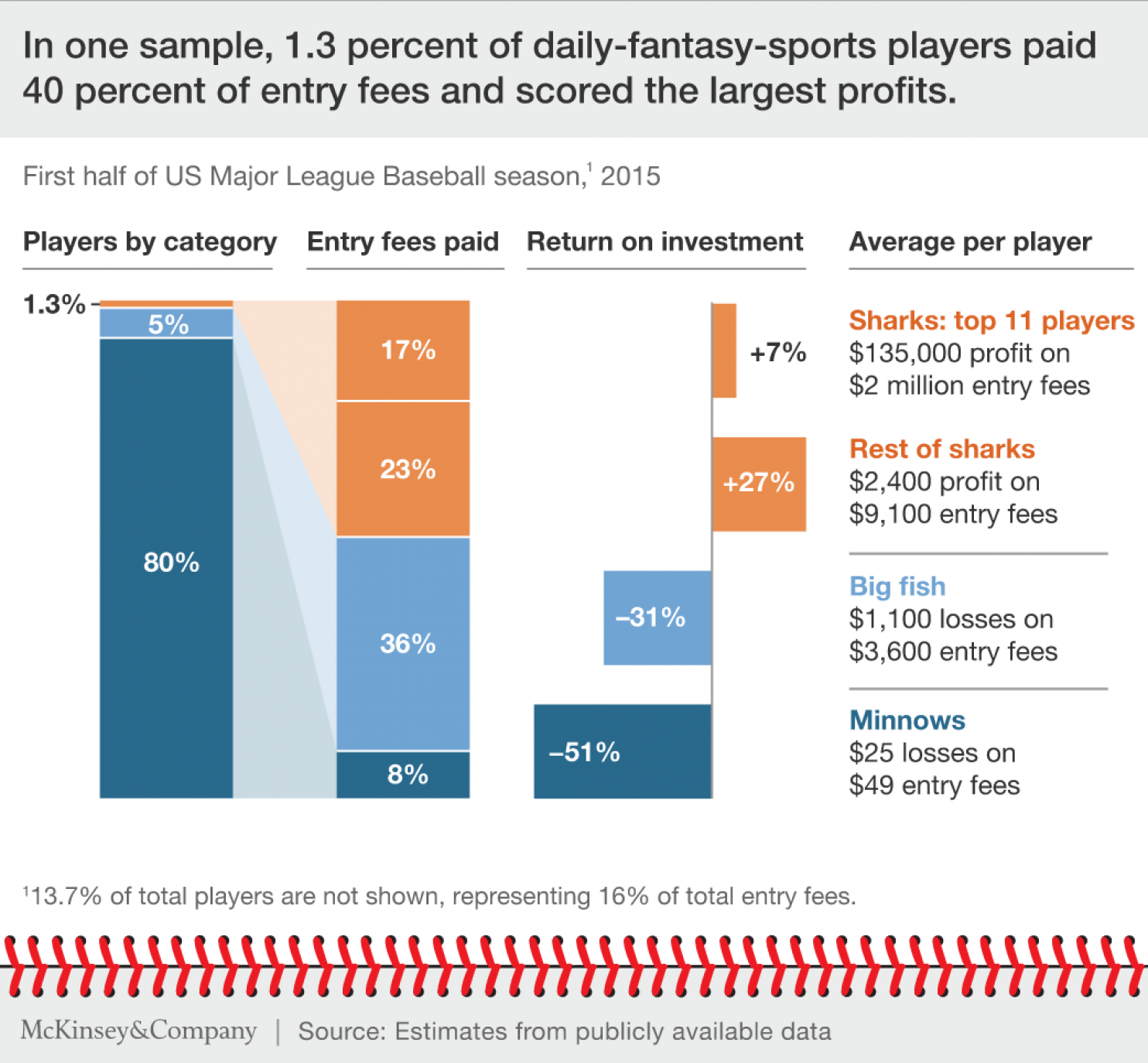 It’s hard to stay away from Draft Kings or FanDuel commercials these days, especially now that  New York has allowed these sites to run again on a temporary permit after being shut down last fall. The issue will continue to be revisited but it is clear that daily fantasy is online gambling and should be illegal.

For those unfamiliar with how daily fantasy works, it is a one-week fantasy football contest where players pick their lineup made up of one quarterback, a defense, a tight end, two running backs, three wide receivers, and a flex position where players can choose between playing an extra wide receiver, running back or tight end.. Players place an entry fee using PayPal or a credit card, and can win anywhere from $1 to $1 million. But it has the same components of luck as fantasy football. You never know what is going to happen until you watch the game.

Daily fantasy falsely advertises itself as a game of skill. Here is the New York penal law that clearly states what gambling is: “A person engages in gambling when he stakes or risks something of value upon the outcome of a contest of chance or a future contingent event not under his control or influence, upon an agreement or understanding that he will receive something of value in the event of a certain outcome.” Daily fantasy clearly violates this rule by bettors giving cash for football games not under their control.

So how does daily fantasy get away with being labeled as a game of skill? Daily fantasy sites claim that people who have experience figure out the patterns and win more.

“Anyone who believes that DFS players don’t control how they do in the contests has never played those contests,” said litigator David Boies, counsel to DraftKings.

This is how it is still legal since it operates under a loophole. But tell me, is it a skill to predict how well Odell Beckham Jr. performs in week four? Considering he could play terrible or get injured at any time, of course not.

Some people are ok with daily fantasy being legal and believe it should be allowed, but them saying you are guaranteed to win money is ludicrous. The Washington Post did a random sample of who scored the largest profit from baseball contests in 2015. Only 1.3 percent won a 50 percent profit. Another survey of 1,200 bettors by an expert daily fantasy research group, Eilers Research, found that about 70 percent of players had broken even or lost their money. Statistics like this prove daily fantasy players are destined to lose money.

Determining if daily fantasy should be legal is a debate that every fantasy sports player is divided on, but it is falsely advertised as a game of skill not luck, and that alone should make it illegal.