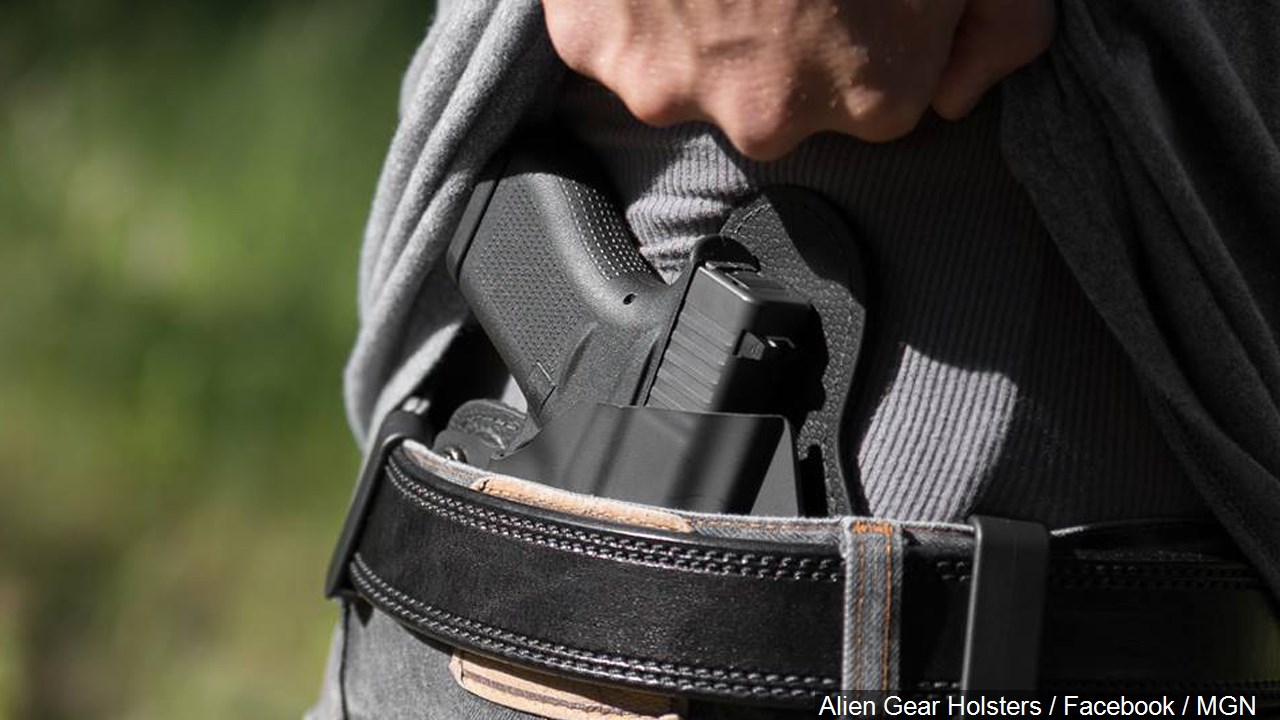 Most people have very strong opinions involving gun laws. A lot of people are closed off to the idea of civilians having concealed carry and even police and military using guns. There have been cases such as when in June of 2016 South Carolina at a nightclub where a man who had a permit for concealed carry and prevented a mass shooting. Concealed carry is something that everyone should have an open mind to and be educated in.

In order to even obtain a permit for concealed carry, there are classes to go through that educate members of society on how to deal with law, handle firearms safely, walk through scenarios and more. The class in Illinois is 16-hours long and is the longest of any concealed carry state  in order to get a permit. So many people have the idea that anyone can just go and get a gun, but going through this class is just the first step in a long process, according to Tim Kearney.

People don’t understand that there are many restrictions for concealed carry in order to even be able to take the class. Someone applying to take the class cannot have any felonies, mental illnesses, or be on prescribed drugs. Gun owners also must apply and be granted a FOID card (which stands for “Firearms Owners Identification Card”) in the state of Illinois.

After the class, everyone  is fingerprinted and these are sent to the state police, who then complete criminal background checks. These can include checks by the FBI. After this, it is sent to the local jurisdiction and authorities have the right of refusal.

Once this person passes the test and has gone through all the steps to receive a permit which depending on what state(s) this person gets will indicate what states concealed carry will be allowed in. Certain permits do not allow guns to be carried in certain states. Also, guns can not be carried into some places under any circumstance, such as schools, government facilities, and banks. Even individual businesses can make the decision to allow concealed carry or not. Guns are not allowed in places with a 4-by-6 sign with a white background, and black outline, a handgun in the center, with a red circle around it crossed out.

There are also time/age restraints. It can take around 90 days in order to actually receive the permit in the mail. It also has to be renewed every five years. Consumers must be 21 or older in order to have a handgun.

The final step is actually buying the gun. In order to buy a gun, buyers have to present the FOID card. Gun buyers must show this card no matter what (even if there is involvement in the military/police and are in uniform). Consumers can only purchase a handgun after paperwork, and pictures of FOID card are taken, then submitted to state police. Handguns have a three-day minimum waiting period. For a long gun (shotgun/rifle) the process  to go through is the exact same process. There is a 24-hour waiting period. No matter the period between buying a gun, the process is repeated.

A lot of people say that having concealed carry  will just increase violence. But that is actually wrong. If more people carried, mass shootings could be stopped in more cases. If someone is in a situation where there is or is going to be a mass shooting, permit holders can stop it immediately by using their concealed carry to their and everyone else’s advantage, keeping everyone else on the scene safer.

With all of the violence in the world, it isn’t really going to stop. But it can be lessened if more people were educated in concealed carry and had their permits. More cases could and would be stopped if this was the situation.