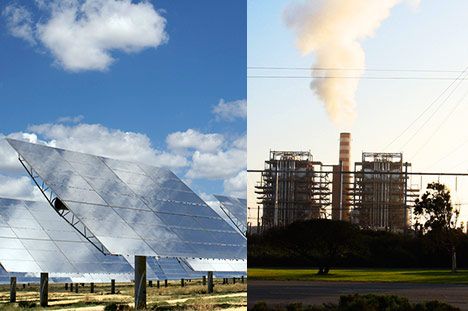 In 2016 Facebook test launched a new solar-powered plane that in theory would connect the four billion people in sub-Saharan Africa running on only the power of three blowdryers, according to the researchers. The plane is already exceeding its limits and is evolving fast. This is one of the reasons that solar power is evolving into a better power solution. Currently, the U.S. is relying too much on fossil fuels and the country should continue to seek advancements in solar power

Another reason why solar energy is better than fossil fuels is because it has a sure amount to supply energy. At this point in time,humans have been using fossil fuels and the more people use the fossil fuels the less there is, each year they burn up to about 21.3 billion tonnes of carbon dioxide. In the end, scientist predicts that we will have enough fossil fuel to last us just till 2088. This, in turn, makes solar power more efficient because sunlight is everywhere and will not run out for hundreds of years.

In the end with all our advancing technology and better resources alternate solutions like solar energy will in prediction surpass fossil fuels. Every day scientists are thinking of new and more inventive ways to evolve solar power and other resources Sooner than later, people will be using more solar power than fossil fuels.