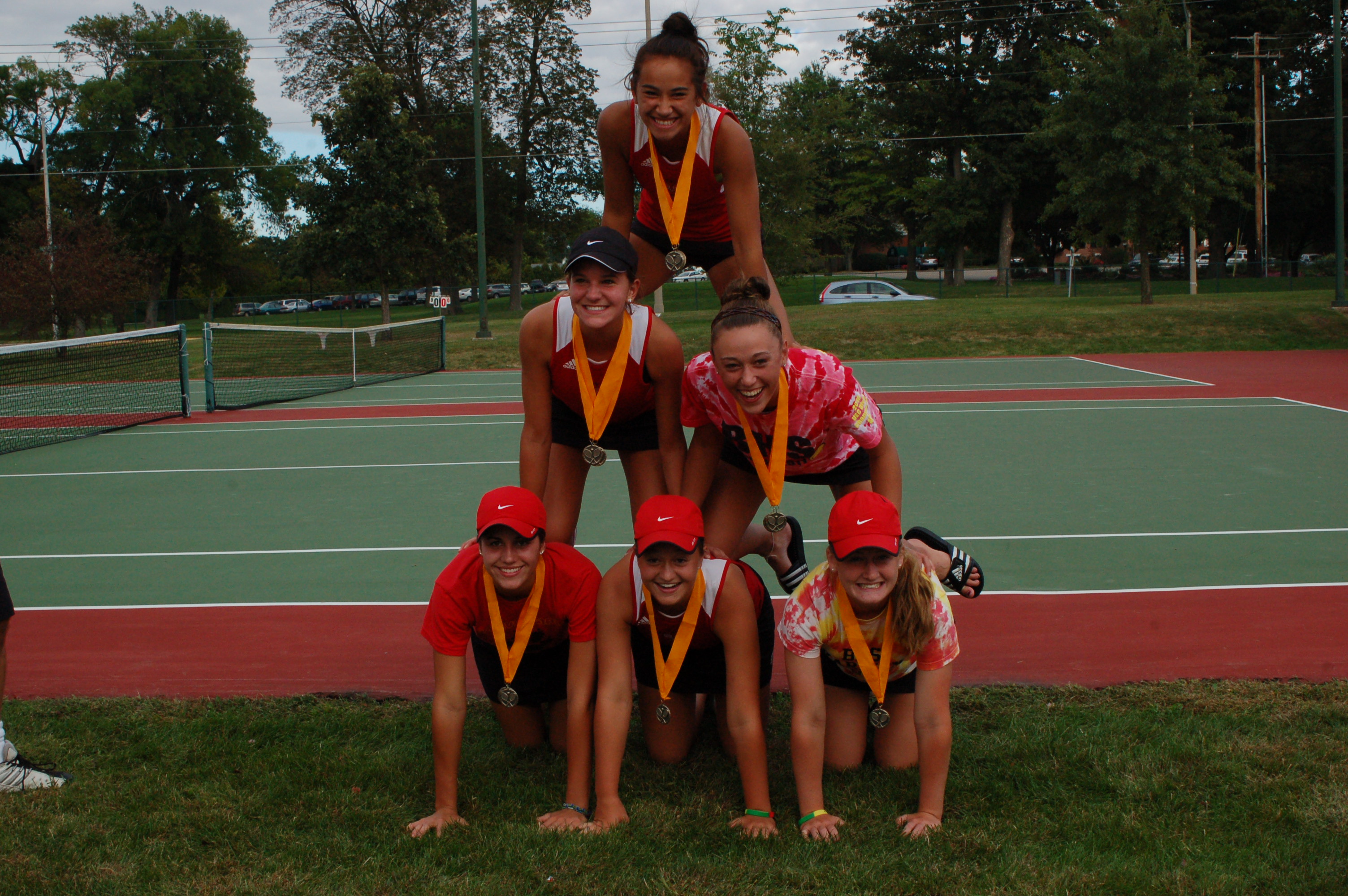 Last year was “a little bit of a rebuilding year,” said Coach Nelson, since they lost 11 seniors from their varsity team. Their record ended up being 10-10, with a lot of new players on varsity. Despite their losses, there were some great individual performances, and the team also won the Pekin tournament, a serious achievement for them.

“Julianne Robinson, who plays 1 singles for us has been on varsity for four years and Maddie Rea, who’s a senior, also a fourth-year varsity player are our top two players, our captains, our leaders,” Nelson said. Anna Clarey and Christina Couperus, also seniors, have been on the varsity team for two years. Sam Fossali is a junior who has also been ranked on the varsity team for two years. Batavia has added a lot of freshman, and they are doing great things for the team.

Their season is going very well so far. As of right now they are ranked first overall in their conference, when they were fourth last year, so the new influx of freshman is causing a “huge turnaround,” according to Nelson. They recently beat both St. Charles North and East, which they were not able to do last year, so Nelson is excited to see what else the team can do with what time remains of the season. The Batavia tennis team is a “great group of kids that get along really well” and that “enjoy being out there and having fun,” according to Nelson.

Wheaton North and South have both been ties this season, so Batavia is looking to beat them at conference. Also, they haven’t gotten a chance to play against Geneva, but Geneva just lost to St. Charles North, so things are looking up for Batavia.