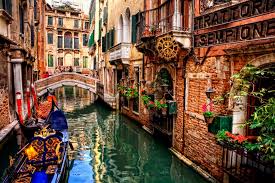 With 4.8 million tourists per year, Italy is one of the most visited countries in the world. Recently, my mom, my brother, and I went on a trip there to see the other side of the family.

Italy is known for its rich history and abundance of artifacts that millions of people travel there to see every year. From the Colosseum to Michelangelo’s David, tourists can see whatever they would like to see.

“I feel privileged to have been born in a country that has so much history and art and treasures” said Silvia Pelech an immigrant from Italy who moved here in 1996 (and also my mother).

The vacation started in Rome, where most of my family lives. There was bit of sightseeing, but mostly just moping around in the house.  Every night, the screeching of tires, the honks of the horns of angry drivers, and the engines of cars that were missing their mufflers would envelope the apartment.  My brother recalled that it was “really loud.”

The next stop in the trip was in the Apennine mountains, where my mom’s best friend lives. The mountains towered over everything else like teachers over their kindergarten students. After spending a week there, it was back to Rome, but not for long, because the next destination was Tuscany.

The food was a significant part of the week in Tuscany. There were gelato places on  every street, with tubs of gelato in all different flavors and arrangements just begging people to come taste them. There was a pause in whatever conversations that may have been going on, and everyone’s attention was focused on the gelato shop for about five seconds as the group passed. The group usually got lunch in the town that that was being explored and when the doors to the restaurant opened, and we were enveloped every time with the smells of different sauces, seafoods, and spices.

My little brother recalls that Tuscany was his favorite part of the vacation, saying that it was “cool” and when asked to elaborate he said because there were less children there, making it a tamer atmosphere.

The journey soon brought the group back to Rome, only to ship us to Venice, where the remaining part of the vacation was spent, minus a few days of packing back in Rome. When our group stepped out of the train station, there was a large canal in front of it, and boats gliding back and forth through it. Bridges surrounded the small group, with people walking up and down them. The hotel was on an actual street, with a little garden containing the “world’s tallest sunflower” at the opening. The group took boats to the different islands, all famous for different things and explored each island.

The food was something that stood out on that vacation. It was a big change from eating in the U.S.

There were so many different types of pasta, combinations of sauces, noodles, and spices. The group did run across a McDonald’s, but the majority of the restaurants were private businesses, not franchises.
It was soon time to head home, being that school was going to start in a few days. Everyone came home a more knowledgeable person, and my mom was speaking Italian all around the house. When I got back to school, I was thinking in Italian.