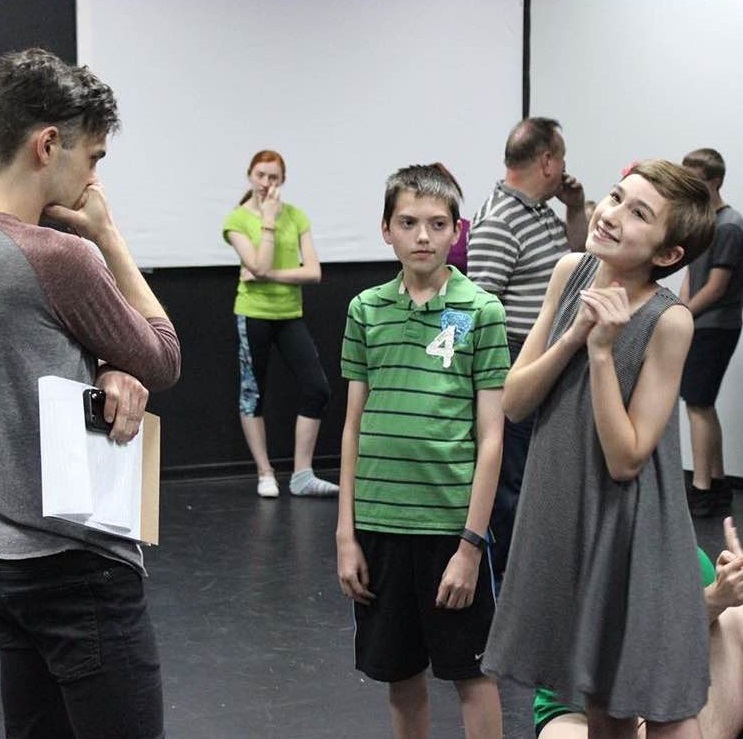 The spotlight’s glare is on Maisie Sweeney as she steps foot onto the Carnegie Hall stage in New York City. She was among about a hundred others was chosen to be in the honors choir, out of the few thousand that tried out.

Sweeney’s hard work has helped her accomplish many things and shape her into the person she is today, according to close friends and family.

For multiple years, Sweeney has been attending theater practices, voice lessons, piano lessons, and much more. It all started at a very young age. Sweeney began singing as a very young child and playing piano only as a kindergartener. Sweeney also started playing the cello in fourth grade, but that is not the only instrument she plays. Three years ago, she put time toward learning to play the guitar and ukulele, as well. Now she is a 14-year-old freshman at Batavia High School and still continuing to practice and perform the talents she started as a child.

Sweeney is constantly driving place to place almost every day to get to practices. She currently is practicing every day after school for the upcoming Batavia High School fall play, The Dining Room. Sweeney can also be found dedicating time towards voice and piano lessons at Vero Voce, School of Performing Arts.  Since the start of third grade, she has been in a total of ten plays, some of which include Pocahontas, The Addams Family, Heathers: The Musical, Alice in Wonderland, and the Little Mermaid.

“Maisie seems to be very committed to acting and singing,” said Macey Ashmore, a close friend of Sweeney’s. “She takes it very seriously, but the way that she talks about it, you can tell that she loves it more than anything else she does.”

After all these years of performing friends would tell you it has certainly affected Sweeney as a person. Everyday Sweeney can be seen roaming the halls with a smile on her face and chatting with her friends.  Family members observe these qualities in her as well.

“Maisie’s talents have made her a very outgoing person because she is so comfortable performing, especially after years of doing so,” said Natalie Sweeney, Maisie’s sister.

Not only has preforming transformed and impacted her attitude, it has also influenced the way Sweeney likes to get tasks done and work on them.

“I would describe myself as a very driven and very focused person,” Sweeney said. “When I get a negative note in rehearsal, or a piano or voice lesson, I will work on whatever I got a note about until it is absolutely perfect. I don’t like to do things incorrectly. I am a bit of a perfectionist when it comes to things that I am really invested in, and I don’t rest until I feel satisfied with it.”

Working with others is a common activity a performer would be found doing if you are in a play or choir group. Sweeney would inform you that over the past years she has encountered this throughout her time working on plays and performances.

“After years of working with various casts, you learn a lot about working in a team, and working with other people,” Sweeney said. “You can never be selfish in theater. You have to make choices for the benefit of the group, and I think that has helped me become a good team member in life.”

Sweeney tells us that the outcome from the great quantities of effort has had such a positive outcome on her life.

“Performing is such a rush,” Sweeney said. “The moment when months of rehearsal all come together to form an awesome end product that you get to share with an audience is so exciting. […] I couldn’t imagine doing anything else. You just feel so powerful, like you’ve got the audience wrapped around your finger, and you are sharing with them this piece of art that you have created.”