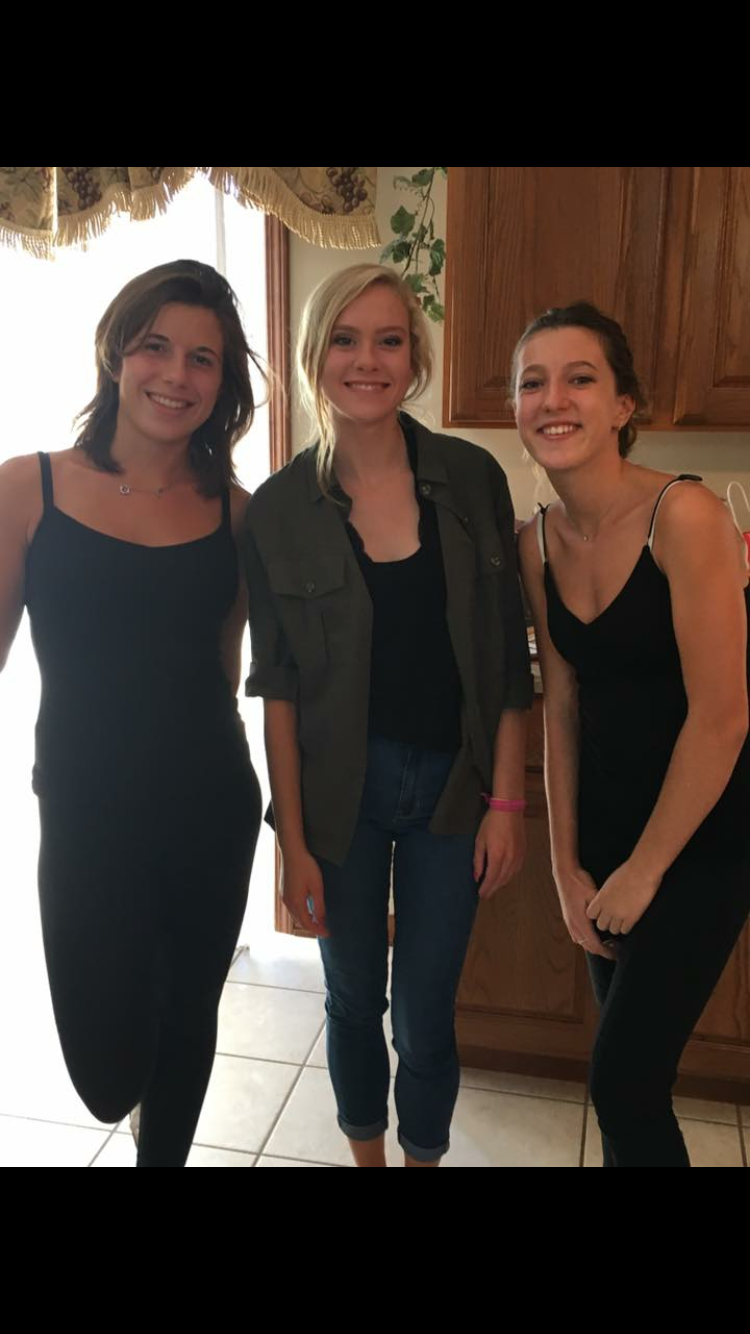 Chatter fills the air at the dinner table. It’s full of new and interesting topics, and the conversation is practically with strangers. This was reality for Arianna Schreiber, a junior here at BHS.

Arianna Schreiber’s life changed when she hosted two French foreign exchange students for three weeks at the end of this past summer. Over the course of this journey, the students and Schreiber spent a lot of time together and became very close.

“They became sisters and best friends to me. We were sleeping in the same house, eating at the same kitchen table, and doing literally everything together,” Schreiber said when asked about her relationship with the girls.

Along with the closeness and fun that can be had with hosting foreign exchange students, it can also bring about hard times. Most people would want to leave a good impression on the students by keeping them occupied and doing fun activities during the extent of their stay. It was no different for the Schreibers.

Arianna and the students went to Six Flags, the Willis Tower, Navy Pier, Starved Rock, and Lake Michigan. “It was hard keeping them entertained every day, especially since Arianna could only drive one person and we ended up with two foreign exchange students,” said Sarah Schreiber, Arianna’s mom, about the hardest parts of hosting foreign exchange students. “It also became a little costly to pay for Arianna’s activities and gas money every day.”

As Arianna recently turned 16 and just got her license, she can’t drive more than one minor at the same time. To get her and the two students to places, she would need the help of family or friends when driving.

During the extent of the students’ stay, the Schreibers learned a lot about how French culture differs from our culture here in the U.S.

“I learned that they live a more simple life than we do,” said Arianna Schreiber, “They spend a lot more time with family and they aren’t always on their phones or watching TV. My foreign exchange students also told me how they will sometimes spend hours at a meal just talking.”

“I learned how much more respectful they are than American teenagers,” said Dillan Schreiber.

After the Schreibers finished hosting the students, Arianna’s life was changed. After spending three weeks with the students and them becoming like her sisters, it was hard to see them leave.

“Our house felt very empty and it was really weird not doing everything with them,” Arianna said. “I was extremely sad and I missed them so much but at the same time it was nice to have some alone time.”

“It gave me an insight to how different our country is compared to many European countries,” Arianna said. “They told me how lucky I was to live in a country with so many opportunities which made me look at the United States in a very different light. I also made two lifelong friends that I will hopefully be able to visit in France one day.”

Watching the Schreibers’ experience hosting the students inspired some of Arianna’s friends to consider getting involved with a foreign exchange program. Cassidy Baumann, a junior at BHS and a friend of Arianna’s, is one of them.

“My mom wants to host a student next summer through the same program. I also want to try to be a foreign exchange student in Europe,” Baumann said.

Claire Vantreek, another one of Arianna’s friends and a junior at BHS, had a similar response.

“I wish I took French so that I had the opportunity to host one because Spanish doesn’t offer it. I have thought about wanting to be a foreign exchange student and would like to do it during college. Arianna having the students makes me want to be one even more,” Vantreek said. Arianna’s experience with the students really inspired some of her friends to want to take part in the foreign exchange program.

“They left a really positive and uplifting impact. They were always so kind and helpful the entire time they were here and I hope that some of that rubbed off on me,” said Arianna.