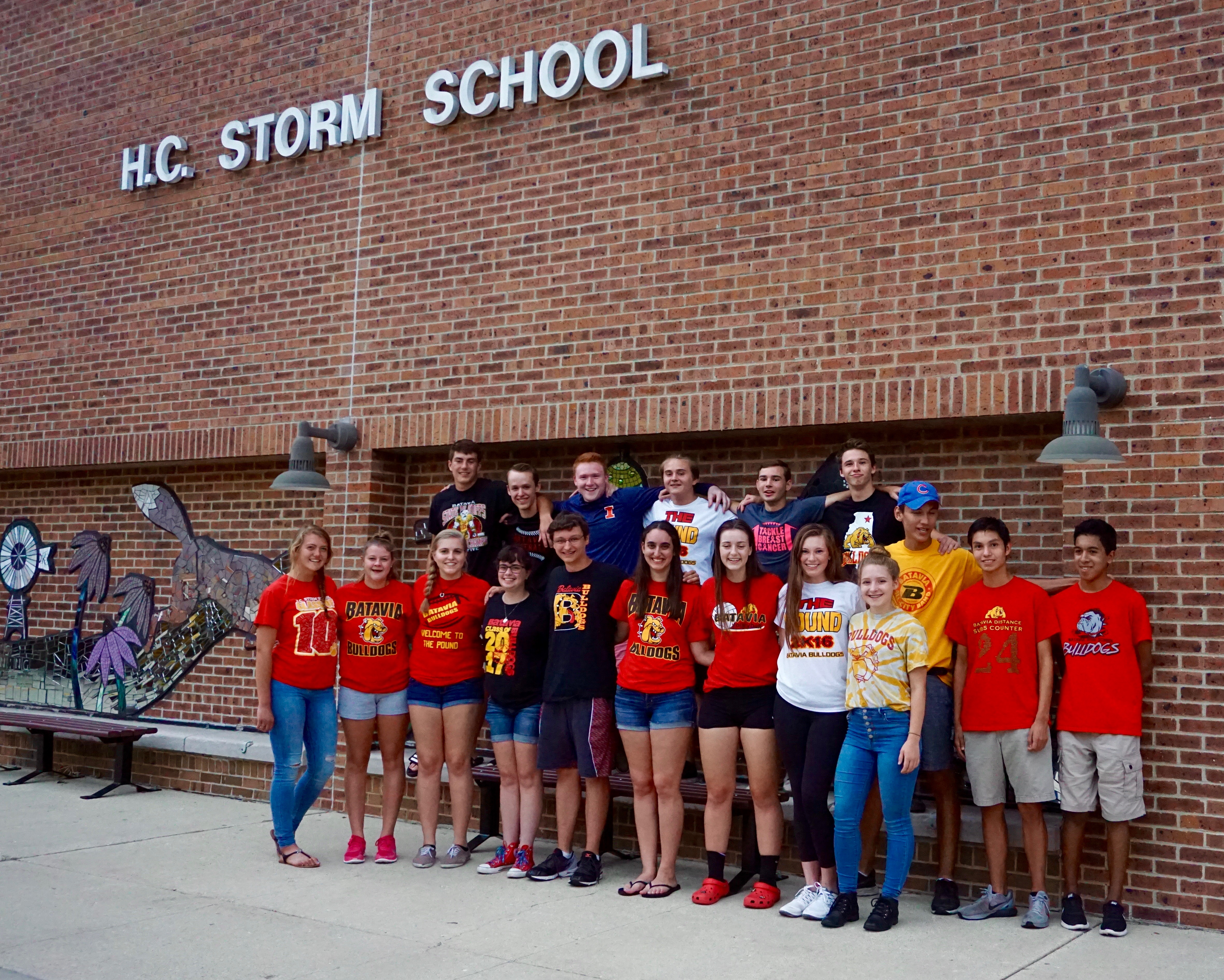 Batavia senior Micaela Hix gathered classmates outside their old elementary schools to recreate fifth-grade pictures on two separate dates in September. At the beginning of the year, every senior received an email containing information on which Wednesday they would be taking the picture outside of the schools. If they transferred in after fifth grade then they would meet at the high school.

Both days were rainy and kind of damp, making it not the ideal situation. The idea was to get everyone from the school to come and join in on the photo and see their old friends. This is the case for the elementary schools, but at Batavia High School, less than 10 kids attended this event. Hix was somewhat disappointed with this turnout.

She came up with idea during the summer, nostalgia prompting the idea to become reality.

“I was driving past my old elementary school, H.C. Storm,” Hix said. “I began thinking about all the fond memories that I have with my classmates, and realized that I don’t get to see many of them.”

She said the goal was to make this a tradition, having the following classes eventually follow the seniors lead.

“It will 100 percent be up to the following grades whether or not they continue this as a tradition,” Hix said. “I think it would be really cool if people do continue it, because then the pictures will be another thing that students will have to look forward to as a great way to kick off their senior year.”

The end of the year photos will be similar. Students will dress up in their respective college wear, and then head back to their elementary schools where it all started. She hopes to see more people in the spring photos for a greater experience

“I have heard nothing but good things from my classmates about the pictures that we took recently,” Hix said. “Many were already looking forward to the picture in the spring! I think it will be awesome to look around and see if you are attending a college with someone who was in your kindergarten class.”