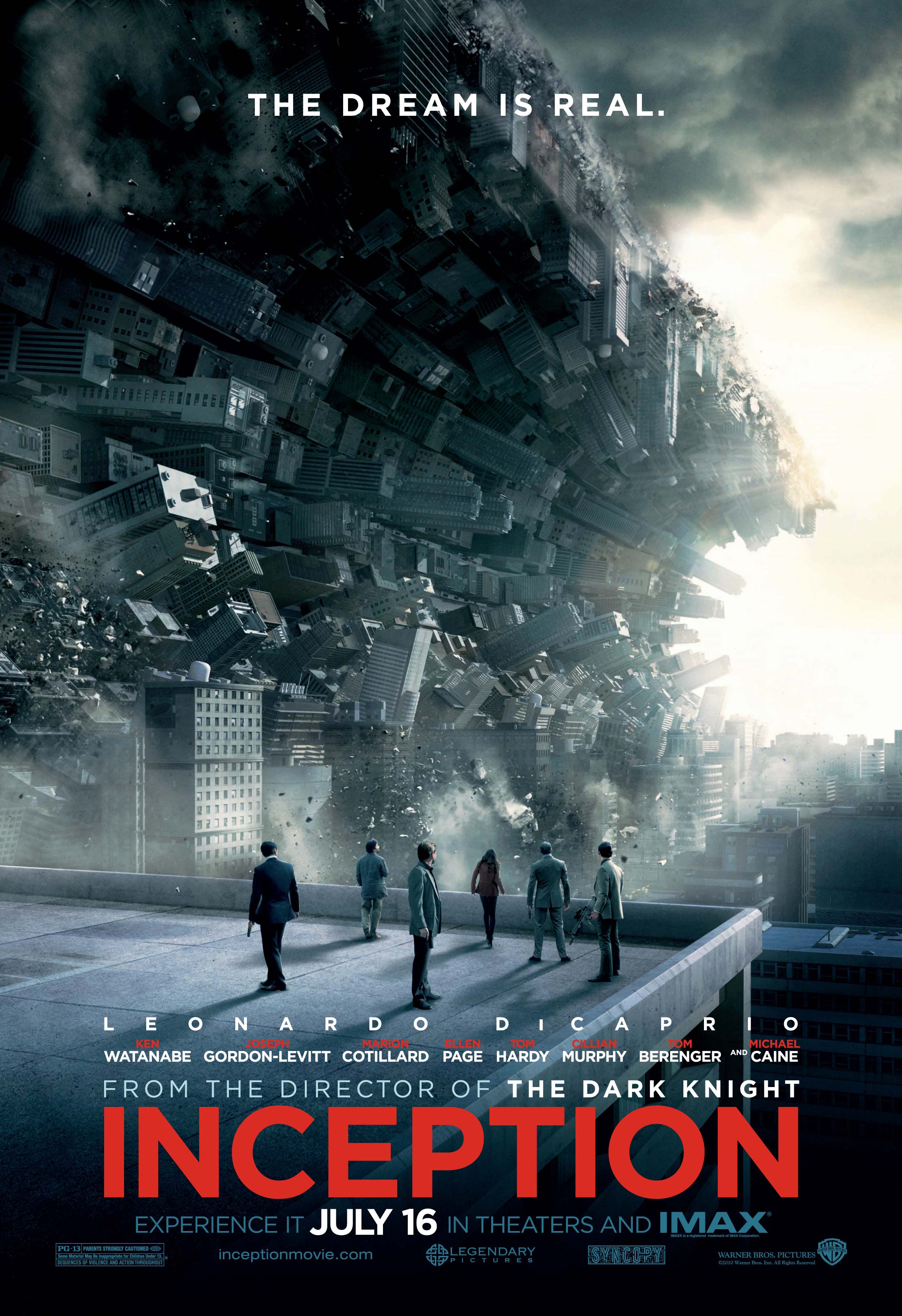 By Nathanael Olesen
Have you ever thought you were the type of person that could easily follow a movie’s plot no matter how complicated? Are you bored with regular movies, finding them too easy to follow along with and extremely predictable? This list should introduce you to some movies that might give you a harder time at figuring out the story. These movies are not what you might expect and do not conform to the usual storyline that every big budget movie seems to follow recently. These are by no means the best mind-bending movies of all time; they are just movies that I thoroughly enjoyed watching and pondering after the fact.

1. Fight Club
Released in 1999 and boasting actors the likes of Brad Pitt, Edward Norton and Meat Loaf, this movie is a great one for those who like a complicated plot, and also entertaining for those who cannot follow movies well at all.
2. Inception
Inception is a movie about a thief (played by Leonardo DiCaprio) who can infiltrate peoples’ minds and steal their memories, and it follows him as he is hired to plant an idea inside a CEO’s mind. The story that unfolds is full of twists, and has an open ending that is up to interpretation and has spurred many discussions.
3. Memento
Memento is a unique movie to say the least. The editing style stands out because of how the film is viewed: in reverse. This movie has to be viewed this way because of the main character’s condition, which is the main problem in this. Yes, this movie’s storyline is narrated in reverse, and the way Christopher Nolan uses that to tell the story fits the movie extremely well.
4. Now You See Me
A movie 100 percent based on high profile thieves and how they use magic to their advantage, Now You See Me is a movie that keeps the tricks hidden well enough that what happens in the end surprises the viewer. This also is at a slow enough pace that the viewer can discover some tricks by themselves.
5. The Prestige
Another movie based on magic, The Prestige is much darker and more complex than Now You See Me. Two partners in magic are now rivals, and try to best the other one with optical illusions and mental trickery. The plot is a little bit harder to follow, and at the end, the viewer is left wondering what happened, another characteristic of a Christopher Nolan film.
6. Predestination
This 2014 movie is all about time travel, and the consequences of it. The main character is a time traveler, and has to stop a major criminal known as the Fizzle Bomber from killing hundreds of people.
7. The Usual Suspects
The Usual Suspects follows a group of individuals accused of hijacking a truck. These individuals are well-known criminals, and the police bring them in for questioning based on the prejudice that comes with them. They did not commit the crime, however, the police officers don’t believe them. They were set up. This movie goes into more depth and is very complex and hard to follow.
8. Interstellar
Interstellar is a movie about a man who has to go into space and find a home for the human race to be able to survive after the earth can no longer sustain life. He witnesses many gravitational and time anomalies, and there are problems and complications between the team in space, and the team on the ground.
9. The Departed
Leonardo DiCaprio plays an undercover cop, and Matt Damon plays an Irish mole in The Departed. The whole movie is based on them trying to expose each other. They have deeply infiltrated the other man’s organization, and are trying to identify each other in order to return safely.
10. The Truman Show
Truman’s life is perfect. Too perfect. In The Truman Show, one man’s life is recorded every hour of the day. Everyone around him is an actor, and his whole world is a set. He gradually finds all of this out with no-one to help him, and struggles to find out the truth.