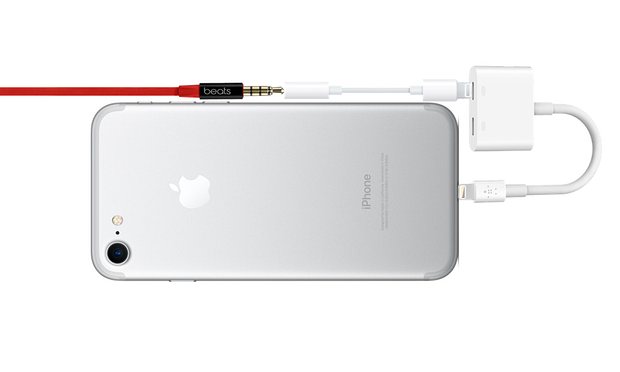 Apple recently laid a longstanding, beloved iPhone component in its grave: the headphone jack. The iPhone 7, the newest installation to the company’s line of cellular devices, does not include the small, cylindrical hole at the base of the phone that users have grown to know and love. Based solely upon the removal of the jack, upgrading to the iPhone 7 really isn’t worth the cash, in spite of the apparent benefits produced by this major change.

According to Apple’s marketing chief, Phil Schiller, the jack was taking up precious space that could be used for other improvements and features, such a longer battery life and a better speaker system.

Listening to music through the charging port will also provide a better quality of sound. However, the change in listening experience is not all that significant.

“For almost all people, most music, you wouldn’t hear a difference,” said audio engineering researcher Dr. Joshua Reiss in a Forbes article.

Without the jack, an adapter is required to plug in previously owned, traditional headphones into the phone. This is more than just an added inconvenience for users; the headphones may not work as well through the adapter as they would inserted into the headphone jack as in days of old.

“Your best option at the moment is to not use the adapter, but have good headphones that can use the Lightning connector directly,” said Reiss.

Finding quality headphones that plug directly into the charging port is easier said than done. Almost all headphones currently being manufactured by independent companies are made in the traditional, jack-friendly style.

Although the iPhone 7 comes with a pair of headphones that directly connect to the Lightning port, many people prefer other headphones to Apple’s. In a survey conducted by TechRadar, only 34 out of 60 people used the standard headphones that come free with the majority of Apple products.

The inability to stream music through headphones while simultaneously charging is another major concern.

“It is sometimes inconvenient, but overall I’d say it’s not too bad,” said Amy Ten Haken who has recently upgraded to the iPhone 7.

Some, like Ten Haken, are not largely affected by the inability. For those that are seriously inconvenienced by this problem, there is yet another special adapter that makes plugging in headphones while charging possible. However, the elaborate setup of adapter, headphones, and charging cable is too much of an annoyance to make the end result worth it. Moreover, the adapter comes at an extra cost, being sold separately from the phone.

While iPhone 6 owner Anna Rakos would consider upgrading to the iPhone 7 because of its advanced camera, she is not a fan of the lack of headphone jack.

“I know that I will miss the little guy when I go to plug in my old headphones,” said Rakos. “I know deep down Apple tried to improve our phones, but I wish they would have done it in a different way instead of creating another nuisance for users.”

However, perhaps the reluctance to accept the removal of this familiar iPhone component stems from merely a fear of change and an attachment to the technology of the past.

“I didn’t like the idea of not having a headphone jack,” said Kate Morris, an owner of the iPhone 7. “Now having the phone without it, it doesn’t make a difference to me.”

While many iPhone 7 owners, including Morris, are not bothered by the lack of headphone jack, overall, the benefits of a dual function charging port do not outweigh the extra cost and hassle of adapters. While Apple’s removal of the headphone jack may very well be an innovative step in a positive direction, it is likely nothing more than a marketing scheme to coerce customers into upgrading.

Rest in peace, headphone jack. You will be missed.