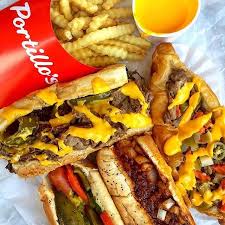 The restaurants in the Chicagoland area vary from culture to prices to experience. A restaurant that is well known to the Chicagoland area is Portillo’s. It was founded in 1963 by Dick Portillo and serves American style food. When first created, it was known as “The Dog House” and changed in 1967 to Portillo’s. This restaurant should be a destination for anyone passing through because of the old fashioned style inside. They are known for their famous chocolate cake, with mayonnaise as their “secret” ingredient in their frosting.

The second stop on someone’s list should be to go to The Walnut Room. It is located in Macy’s in Chicago on the seventh floor and has been an ongoing tradition for many families (including mine) since 1907 when it was founded. It was the first restaurant ever opened in a department store. It is known for their famous Mrs. Hering’s Chicken Pot Pie. They are also know for the giant Christmas tree, which is up all year round and decorated differently and lavishly each holiday season.

The last place, that has recently closed down, was Ed Debevics, located in Chicago. It is a 1950’s style diner known for their sassy waiters who dance on the tables. It was a must visit place on any one’s list of things to do because of the experience. When I went, I was called a brat, but they made up for it with the delicious gravy fries.