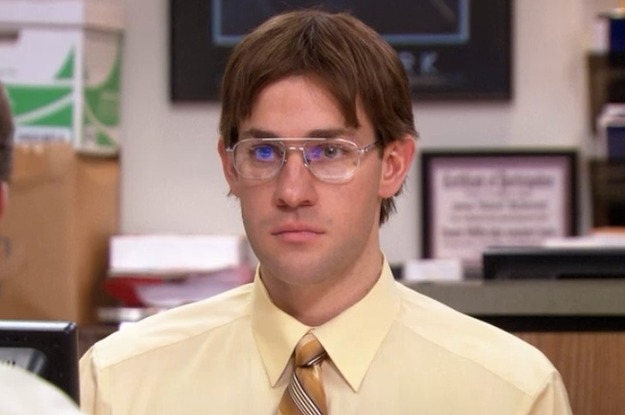 The Office, one of the greatest running comedy shows to grace the television screen, has been attempted by other directors again and again; to no avail. One of the most signature characters, Jim Halpert, is world renown for his pranks and hijinx throughout all nine seasons of the show. These are breakdowns of the best 3 pranks Jim ever attempted.

2) Pour jello into the mold and place a bowl or cup in the middle to create a pocket.   (just enough space to hold a stapler).

3) After hardened, set stapler upside down inside of the jello and pour more jello around stapler until the pan is full.

5) Hide away until the victim returns to find their jello-covered stapler.

6) Be waiting for your victim with a spoon and your cup of jello just to remind them who’s in charge.

2) Begin work on your structure, starting with either two desks on the bottom and two on

the top side by side or two stacked on top of each other, reaching a staggering height of

tribute to Jim’s legacy and smugly look down at those lowly workers at their simple desk.

and a handheld phone).

handheld portion of the landline.

3) Repeat step two until the phone is filled to absolute capacity and hope that the victim has not already become privy to the secret.

4) One day after you are certain the victim is unaware and is accustomed to the included weight, remove the coins and watch as the victim lifts and hits himself with the seemingly light phone piece.