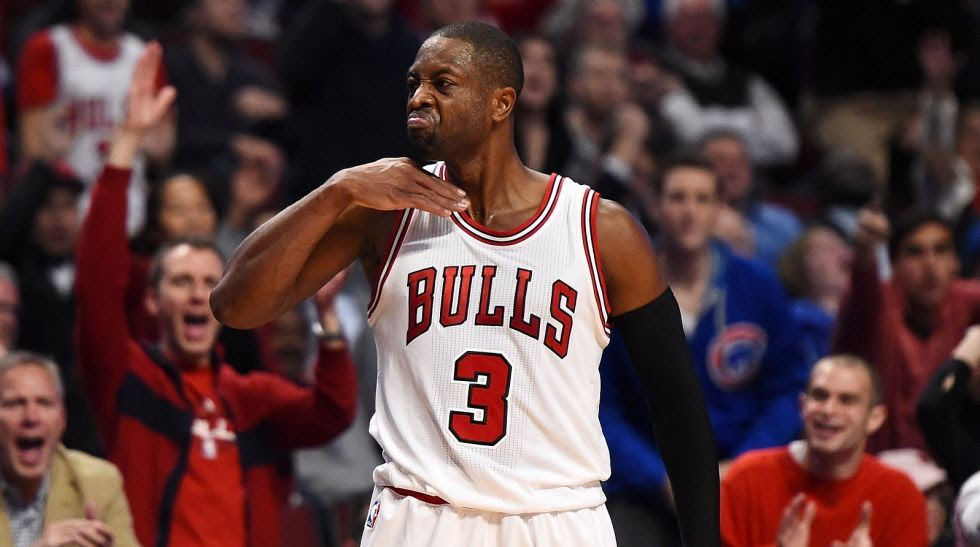 It is very hard for NBA teams in each conference to solidify playoff spots, and surprisingly, there is a lot of competition in the East this season. There are many teams in the East that are getting offseason love, like the Pacers and Knicks, but don’t be fooled, NBA fans should watch out for the Bulls this season.

With practically an all-new core which fits better in this coaching scheme, their new players seeming very motivated to perform well, and with a bench full of depth, the Bulls will make the playoffs this year.

The Bulls host a younger, healthier and better fit core to do well in this offense, and will win more games because of this. For one thing, head coach Fred Hoiberg now has a year of experience under his belt and will look to learn from his past mistakes. But in this case, the upper management should get the credit where its due. They brought in Rajon Rondo, who should spread the ball around to the other players much more than Rose ever did, (Rose averaged 4.7 assists per game last year, Rondo averaged 11.7 per game, leading the league) which will give them a much more balanced offense.

Rondo also knows how to stay healthy, another big advantage over the departed Rose. Dwyane Wade will give a great veteran presence in the locker room and will build the team’s chemistry. Robin Lopez is younger and less injury prone than Joakim Noah and will provide more offense at the big man position. This adds up to better chemistry, better health, and a better team.

Players also seem very motivated to perform well this season. Dwyane Wade is genuinely excited to play in his hometown and really wants to have a successful season where he’s from. Rondo spent the summer at the training facility getting to know Fred Hoiberg and his teammates, which is great news for a guy who has a reputation as a headcase. Jimmy Butler also is motivated and refuses to listen to doubters.

“No, I don’t pay attention to it. But I hear what people say,” Butler told Joe Conley of the Chicago Sun-Times “And people may come up and say to me, ‘Yo, y’all going to win X amount of games.’ I understand everybody’s entitled to their opinion. I think the first amendment says that. That doesn’t mean I have to take any of their nonsense.”

The Bulls also have a very deep bench that will put up points when their starters are on the bench. Their first round draft pick, Denzel Valentine, was arguably the most NBA-ready prospect in the draft, and this is evidenced by his court vision (7.8 assists per game his senior year at Michigan State) and three-point shooting (44.4 percent). Michael Carter-Williams was acquired for the low cost of Tony Snell, and will be a solid backup point guard for Rondo and will hope to resurrect his career with a change of scenery, once he returns in 3 weeks from his injury. Doug McDermott will also take on a bigger role and fits well with the offense, and Mirotic is overall a solid sixth man that is their best shooter that just needs a little more consistency.

Some people are saying that there is too much of a frontcourt and backcourt jam, their transactions are washed up, their shooting will majorly affect them, and the coach is just too inexperienced. However, even though most of these points are issues (besides the transactions), I don’t see them affecting the team that much. I don’t see the frontcourt being an issue. Mirotic is their sixth man, and although he shoots better than Taj Gibson, he is highly inconsistent. So on nights where Mirotic is in a funk, Gibson will get more of the minutes, and vice versa. The backcourt I will admit is a little crowded, but I think it will work out just fine considering most of the battle is dividing the reserve’s playing time. If they trade one of their reserve point guards for a reserve shooter, that would be a major win and solve two of their problems. As for Hoiberg, I think he will grow wiser with a little time. Their core is also less injury prone and unlike last year where they missed Thibodeau, they are ready for Hoiberg’s fast-paced offense.

I think that all these player additions, player motivation, and deep reserves will all add up to a playoff team this season.