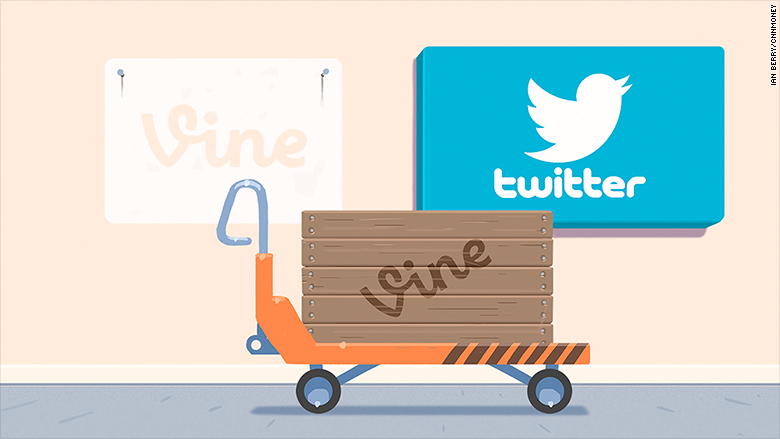 After 4 short years, the very popular app Vine gets shut down by Twitter for good.

The app that made people laugh and introduced new ways of spreading pop culture is saying goodbye in the next few months. It is very sad to see it go, but it’s the right business decision for Twitter to move on from Vine. The company was just slowing Twitter down because of its lack of profits and decreasing users.

“Research firm 7Park Data says 3.64 percent of all Android users opened Vine in August 2014; today that number has fallen to 0.66 percent. (Twitter never said how many people used Vine, but once claimed it had an audience of 200 million people on the web.),” according to The Verge.

This was a major reason for Twitter to drop the company: users who had the app downloaded, weren’t actually using it.

Vine didn’t have any way of producing money because they didn’t have in-app purchases and they didn’t show any ads. Also the app had no way to differentiate itself from its competition like Instagram, Snapchat, and Youtube. The verge said in their article, “Instagram courted celebrities with longer videos, eventually bumping the limit to a more flexible 60 seconds.”

If Vine wouldn’t have been shut down, it would be just like Facebook, a brand that is losing to its competition and slowly dying off.

“Instagram video was the beginning of the end,” said a former executive.  “[Vine] didn’t move fast enough to differentiate.”

People might be angry at Twitter for shutting down Vine and to an extent they have a right to be. It supplied jobs for people working on the app and for some who produced popular videos on a daily basis, but this could be a new beginning. Many of the Vine celebrities have already moved on to bigger and better endeavors like Zach King, Amanda Cerny, and Logan Paul, just to name a few.

It’s not all bad news, though.

“Nothing is happening to the apps, website or your Vines today,” the company said via Medium. “We value you, your Vines, and are going to do this the right way. You’ll be able to access and download your Vines. We’ll be keeping the website online because we think it’s important to still be able to watch all the incredible Vines that have been made. You will be notified before we make any changes to the app or website.”

This shows that the employees still care about Vine and the community it spawned because they’re allowing users to save their favorite videos and watch any of them already on the website. This was the best way to shut Vine down because even though it will be shutting down, that doesn’t mean its imprint on our society will disappear. Vine will live on through the people that it inspired and other apps that have taken its video sharing idea and improved it.