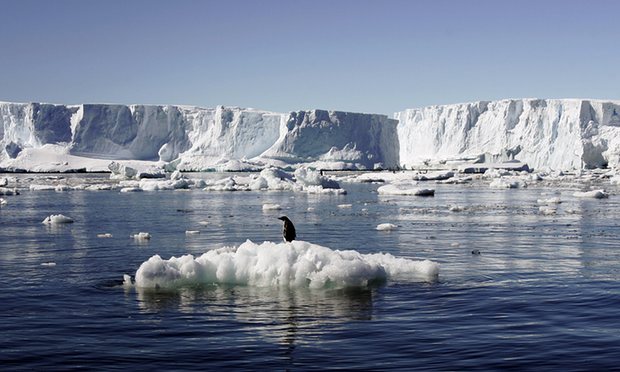 Five Pacific islands have disappeared, and more could too if we don’t do something about global warming. These five islands were a part of the Solomon Islands but with the rise of sea level, they have become submerged. Luckily, they were not inhabited by humans but who knows what will be next at the rate global warming is increasing. Global warming is real and is a danger that we need to stop and not ignore. We need to protect our environment and ourselves.

According to NASA, our daily activities are affecting the natural greenhouse gasses because of industry, the clearing of land for agriculture, and other human activities. These activities have increased the amount of carbon dioxide in the atmosphere.

Currently, global warming has already affected the Earth by warming the temperature 1.33 degrees Fahrenheit on average. The temperatures in the Arctic has been affected mostly by the fact its temperature has been rising twice as quickly as anywhere else on the Earth.

This is causing the ice to melt, destroying the habitats of many animals such as polar bears and penguins. If we don’t do anything about global warming these animals could potentially become extinct. Also since the ice caps are melting this can result in the rise of the sea level covering small islands such as the Solomon Islands, destroying more habitats. Finally, a change in temperature can affect the temperature in the current environment causing some animals to migrate from certain areas because they might be too hot.

National Geographic also has stated that there could be bigger changes in the future because of global warming. For example, ecosystems could change because of the difference in temperature causing different plants to grow, only allowing certain animals to survive. Also less fresh water couldn’t be available because the faster the melting of ice caps on mountains the more chance that many people with water sources such as the Quelccaya ice caps located in Peru. Sea levels also could rise between seven and 23 inches. Big storms and hurricanes also could become stronger.

Despite all the evidence, some people still believe it’s not real, the most prominent of whom is Donald Trump.

“The concept of global warming was created by the Chinese in order to make U.S. manufacturing non-competitive,” Trump tweeted. Many people don’t believe it is real because where they are is actually getting colder. This is actually caused by a cold air pocket called the polar vortex. This is when the ocean heats up and causes the Arctic Ice to melt. Warm air is then released, upsetting the stability of polar air. Which results in cold blasts of air shot into the atmosphere.

Small movements we can do to help decrease global warming is reduce, reuse, recycle. We can use reusable water bottles instead of getting new ones each time. Recycle paper, plastic, etc. and reduce by using less air conditioning and heat. Next we can walk, bike, or even carpool to decrease the amount of carbon released. Little things such as using less hot water, saving electricity, and buying energy-efficient products also help.

Global warming is real and is increasing the temperature of Earth. It is a big problem that shouldn’t keep being put aside. We need to take actions before it’s too late if we want to save our planet.