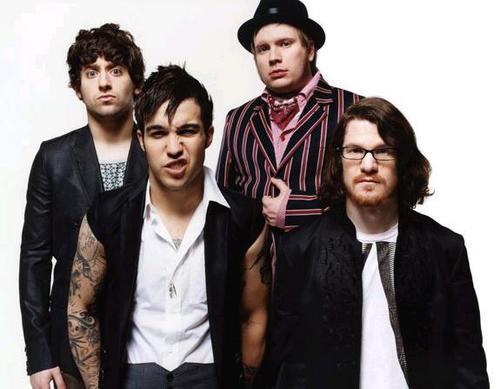 Whether you are making a new playlist for the holidays or just sick of your current one, this list will certainly help you if you are in need of some new music.

Most people have probably heard this name before, with a few hit singles circulating the radio every so often. What fans probably have not heard from them is their older music. The pop-punk band, Fall Out Boy started as a band in 2001, and took a three-year hiatus in 2009. They suddenly came back in 2013 with a new album and have been together ever since. They have released six albums in total, with four being before the hiatus, and two after. Their music consists of catchy guitar riffs and thoughtful lyrics. I would strongly recommend Fall Out Boy for anyone who doesn’t already listen to them because they have many different types of songs, and lots of songs in general so everyone can find at least one that they might like to add to their playlist.

My Chemical Romance (MCR) is another band that I would recommend, and probably another name lots of people have heard. They started in 2001, just like Fall Out Boy, but broke up in 2013. Their songs have dramatic lyrics and complicated guitar riffs. A song that probably most people know is called “Welcome to the Black Parade.” It starts with a simple melody on the piano that runs for a little bit, and slowly, as the singer joins in, the melody is played on more and more instruments. It is a classic example of My Chemical Romance’s style.

Many have also probably heard the name, Green Day, being that they just released a new album. They are a more pop-punk band than MCR, with their songs being more upbeat. Their lyrics are very political, an example being their most famous song, “American Idiot.” It talks about how the media is controlling the country and how the country believes everything they say.

Most people may or may not have heard this name since this band kind of goes under the radar, but The Used is another great band. Their songs have a little bit more screaming in them at points, but they are another highly political band. They have some really cool guitar riffs, like the intro to the song “Put Me Out,” for example. Something that they tend to do in their songs is have softer intros, and suddenly all of the instruments are playing and it kind of shocks people if they don’t know the song.

This one is a classic. Everyone has heard of AC/DC, but how much of their music have you actually listened to? They have some classics, like “Highway to Hell,” which everyone knows. I personally like their songs, since I kind of grew up listening to classic rock. AC/DC’s lead vocalist sounds different from the singers of the other bands that I’ve listed, but that just makes the songs that much more interesting.