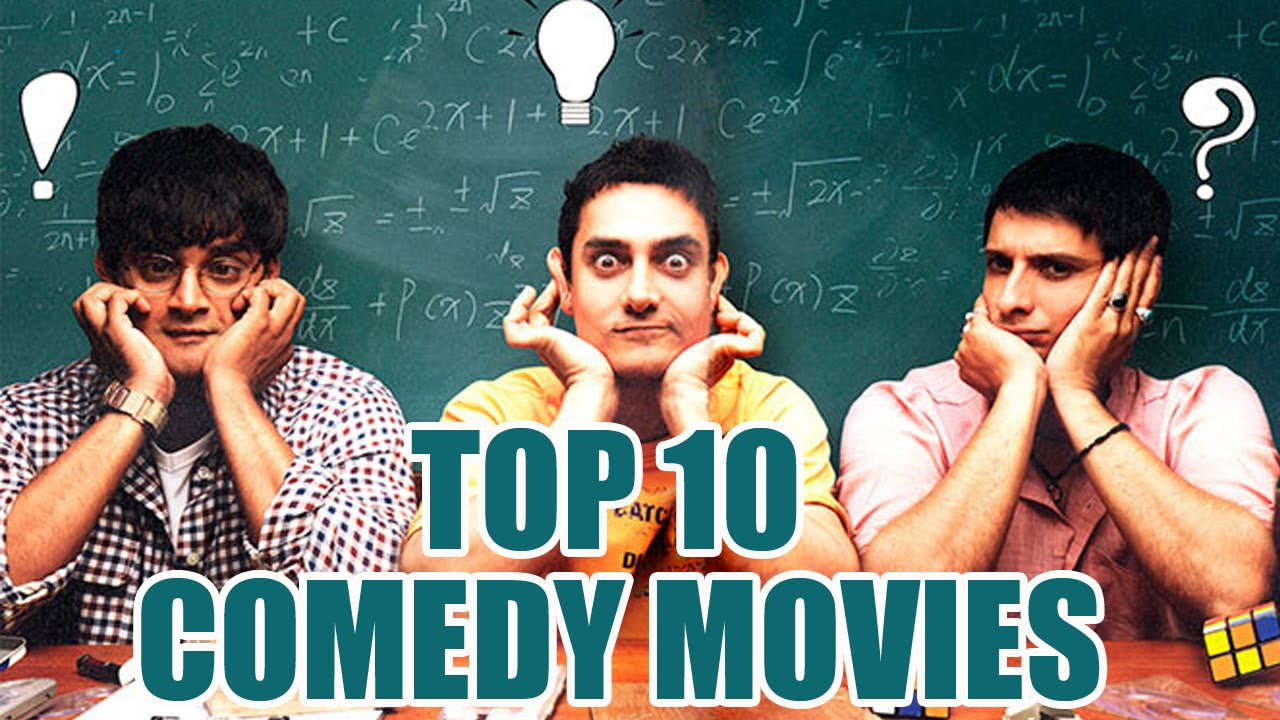 I’m sure we all love to watch movies that give us good laughs. However, some of us may have a hard time finding some classic comedy movies. Here are 10 movies that provide nothing short of a belly laugh.

This Will Ferrell movie is a lot of fun. Ferrell plays race car driver Ricky Bobby who has it all: a wife and kids, a loyal best friend (John C. Reilly), and loads of money until getting into a traumatizing accident on the track. Ferrell does a great job here as his life spirals out of control. Reilly as Ricky Bobby’s sidekick and makes some of the scenes. The reason I put it at 10 was because the end is kind of dull.

This is a very underrated Adam Sandler comedy. The plot revolves around an overwhelmed advertiser, Dave Buznik (Sandler), who is sentenced to anger management after an airplane mishap. However, his anger management therapist, Buddy Rydell (Jack Nicholson), has some anger issues of his own. Nicholson nails his role by putting Dave in hilarious situations, and Sandler does a great job showing his frustration over Buddy’s antics. The reason I put it at nine is because the end is too much of a romance movie over a comedy.

This is my favorite Adam Sandler movie. Sandler is a short-tempered hockey player who joins the golf tour to raise money in order to save his grandma’s house, with some hilarious results and meltdowns. The reason I put it at eight is because there are a few cheesy scenes in the middle.

This movie puts romantic comedies in a whole new ballgame. Ben Stiller plays Ted Stroehmann, a regretful guy that just can’t get over his high school prom date Mary (Cameron Diaz), so he hires a private investigator to track her down. But after he finds her, he decides he wants her for himself. The reason I put it at seven is because it gets a little too crude at times.

This is a goofy but hilarious movie. Jim Carrey plays Ace Ventura, a pet detective who is hired to find the Miami Dolphins missing team dolphin in time for the Super Bowl. The movie is very funny throughout, and I put it at six because it is too short.

This movie is a quite funny sports comedy. Vince Vaughn plays Peter LaFleur, a lazy guy who always takes the easy way out. So when he finds out he owes $50,000 to pay off the mortgage to his gym, him and his gym members join a dodgeball tournament where the grand prize is $50,000. The reason I put it at five is because it can get boring if you watch it too much.

In this Ferrell movie, he takes a different approach, but the movie is a riot nonetheless. Ferrell plays Allen Gamble, a police detective who just wants to sit at his desk and play it safe. Mark Wahlberg plays Terry Hoitz, his desk partner who is scrutinized for shooting Derek Jeter. They both find a potentially huge case and decide to roll with it, regardless of the fact that they hate each other. The reason I put it at four is because the action scenes are too unrealistic.

This is Ferrell’s most juvenile, but overall his funniest movie. Ferrell and Reilly play two 40-year-old slackers who still live with their parents when their parents get married and all live together. Bad bloods flow at first between the step brothers, but then the two grow to become friends. This one is highly recommended. The reason I put it at three is because the end isn’t as funny as the beginning and end.

This movie is an oldie, but a classic by all means. Steve Martin plays Neal Page, a father who just wants to make it back to Chicago in time for Thanksgiving. John Candy plays Dell Griffith, a friendly guy that doesn’t stop talking. So when these two cross paths, pretty much everything that can go wrong on a trip does. This is a must see. The reason it was two is because it gets too sad at the end.

This is honestly my favorite movie of all time. I have so many childhood memories with this movie and the gags and punchlines never age. The plot is very simple: Lloyd Christmas (Jim Carrey) and Harry Dunne (Jeff Daniels) are two middle age slackers who mistakenly become involved in a kidnapping plot. I can’t find a single flaw with the movie. The movie never reaches a slow point, and there are laughs around every corner. You need to see this movie.