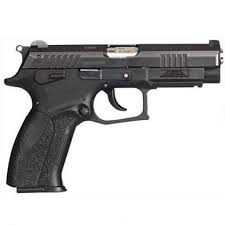 “Guns don’t kill people, people kill people” is a common statement used by individuals that believe that our country is not in need of more gun control. I do not believe this, as a gun is a large enabler of someone with murderous tendencies. Not only is a gun an enabler, it is also the sole cause of some deaths.

Think about a child that picks up a gun thinking it is a toy and accidentally shoots himself. Are you trying to tell me that that little kid wanted to be shot? In most circumstances, no. This just further proves that handguns should only be accessible to law enforcement because the general public is not responsible enough to handle this kind of a weapon.

When someone claims that they own a gun for “self defense,” I am inclined to ask them what exactly they are defending themselves from. If someone opens fire into a crowd, a gun owner’s first instinct would be to fire back. If you take a step back and look at this situation, there are bullets flying from not one person, but two. All that the gun owner did was add to the flying bullets that have the potential to hit an innocent person.

If someone is afraid of people breaking into their house in the middle of the night, I can understand why having a gun in their nightstand drawer might provide them with a sense of relief, but I think it is more chilling to think that they have a machine that’s capable of killing a human being with the pull of a trigger in their home.

Handguns are easily concealed. That is just a fact. With barrel sizes ranging from 3.43 inches to six inches in length, it is not hard to carry a gun in your purse or waistband without anyone knowing. While concealed carry is legal in all 50 states, I’m not exactly sure it’s a good idea. Just think about this: everywhere you go, there is a possibility that everyone you see has a gun on them. If handguns were banned from civilians, I think there would be a sense of security throughout the country, knowing that we do not have to think about the chilling possibility of a gun on every person you see.

Background checks are not enough to certify that someone that is purchasing a gun is a good hearted, trustworthy person who will take care of their great responsibility. For example, the man who opened fire and killed 49 people in a gay nightclub in Orlando, FL passed background checks and was able to legally purchase two guns prior to the attack. He had no criminal record, but was reported to have had a history of being physically abusive to his ex-wife and had made several comments about killing people in the name of his religion.

If the background check he had undergone had gone deeper, these things would have been found. Even better, if handguns were illegal for civilians to purchase, this attack might not have even happened.

People shoot people. Not guns. Unless the handgun turns into a physical living being, it’s not going to go and shoot someone. Something is behind those handguns pulling the trigger causing it to shoot someone. I believe that people should continue to have the right to own a handgun.

People who believe in handgun control say that guns should be outlawed because they kill people. If that was right, then wouldn’t every weapon be outlawed? A knife or an axe can do the same thing so then wouldn’t those objects be outlawed with guns? When somebody uses a handgun against someone else in a harmful way, everyone blames it on a handgun. When someone uses another weapon to harm someone else, they only focus on the people. Why should the weapon matter? When someone dies, it should be focused on the people in that situation.

Guns are used for self defense.

“According to the National Rifle Association (NRA), guns are used for self-defense 2.5 million times a year.”

A handgun can protect a citizen from another citizen trying to use another gun on them or others. A handgun can prevent a mass shooting. Without a handgun, so many people would have been killed by others. All of these acts of self defense wouldn’t happen because then they would have nothing to protect themselves and then people wouldn’t feel safe because they don’t have a handgun.

“Since 1995 when Conceal Carry passed in this state, violent crime has gone down almost 30 percent,”

Lastly, the Second Amendment gives citizens the right to have a bear arms

“The Second Amendment was meant to guarantee individuals the right to protect themselves against government as much as against private bad guys and gangs.” The Second Amendment is there because people need the right to bear arms. Without the right to bear arms, we wouldn’t be able to protect ourselves. Our founding fathers made this an amendment because they knew a life of not having weapons and thought that it was awful and unfair. Let’s learn from them and keep it that way.

Although having a handgun is helpful, there is still a negative side to owning a handgun. Legally owned handguns can be stolen or given to criminals. This helps criminals to back them up, when they are committing the crime so nobody will get near them or stop them.