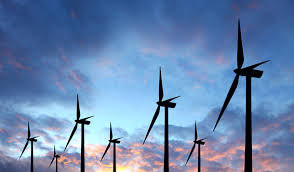 By Lauren and Carly Casper

Climate change is a controversial subject that is a major problem for the world. Few know the facts and what is actually causing it, but the answer is fossil fuels and carbon emissions. Things like tar sands, coal, oil drilling, and deforestation are some examples. Due to many higher officials in the U.S. and around the world benefiting so greatly from fossil fuels, it is a difficult issue to change. There are ways to prevent things from getting worse. It includes solar and wind technology, which can help slow the harmful effects of fossil fuels.

Almost everything on this earth releases carbon dioxide. People, animals, transportation, factories: these things contribute to what goes into the atmosphere. The more carbon released in the atmosphere results in higher global temperatures. To prevent this, the U.S. and the world needs to come up with solutions. We need energy sources that are renewable and clean so they do not pollute the world terribly.

Solar is an amazing energy source for the world because it never runs out! The sun and its rays are extremely powerful, and even on a gloomy day the sun will shine through the clouds. That is the good thing about solar energy because it is dependable. The overall cost of solar panels is decreasing, making it easier for people to afford, and there also is the bonus of saving on electric bills, according to costofsolar.com.

Wind is also on the list for great renewable energy sources. China, the United States, and Germany are the top countries using wind. Wind occurs because the Earth’s surface is unevenly heated. This means that whenever the sun is out, they will always be wind, too. “The biggest wind turbines generate enough electricity to supply about 600 U.S. homes,” states National Geographic. Imagine how much electricity an entire wind farm with hundreds of these turbines could produce! Wind is clean, renewable, and free. Another plus is that it produces no air or water pollution. Wind power is the best power!

China is already doing this. They already are prioritizing wind and solar over fossil fuels. Now, China has been named the largest producer of emissions in the world, having many factories that pour out pollution. The air pollution is so bad that people that live there can sometimes not even leave their homes. Yet,  “China hopes to be an example of the rest of the world by prioritizing wind and solar over coal for their growing population,” says National Geographic’s recent documentary Before the Flood.  If China, the world’s number one air polluter, can do it, why can’t the U.S.? Cars are a big part of the fossil fuel problem also.

Another problem is how cars burn a large amount of gasoline every year, which emits 3 trillion pounds of carbon into the atmosphere. There is a way to prevent this: switching to electric vehicles! They burn less or even no gas, which will be very helpful to the environment. Sierraclub.org states that switching to an electric vehicle, which gives off no or very little carbon pollution will create a much cleaner transportation system in our world.

Moving to these energy sources would save the world. They would eliminate extinction of animals and organisms, including their ecosystems like coral reefs, forests, and many more similar to those. These changes will prevent global warming and even more damage to the world before things worsen. The world needs to be saved, before it is too late.