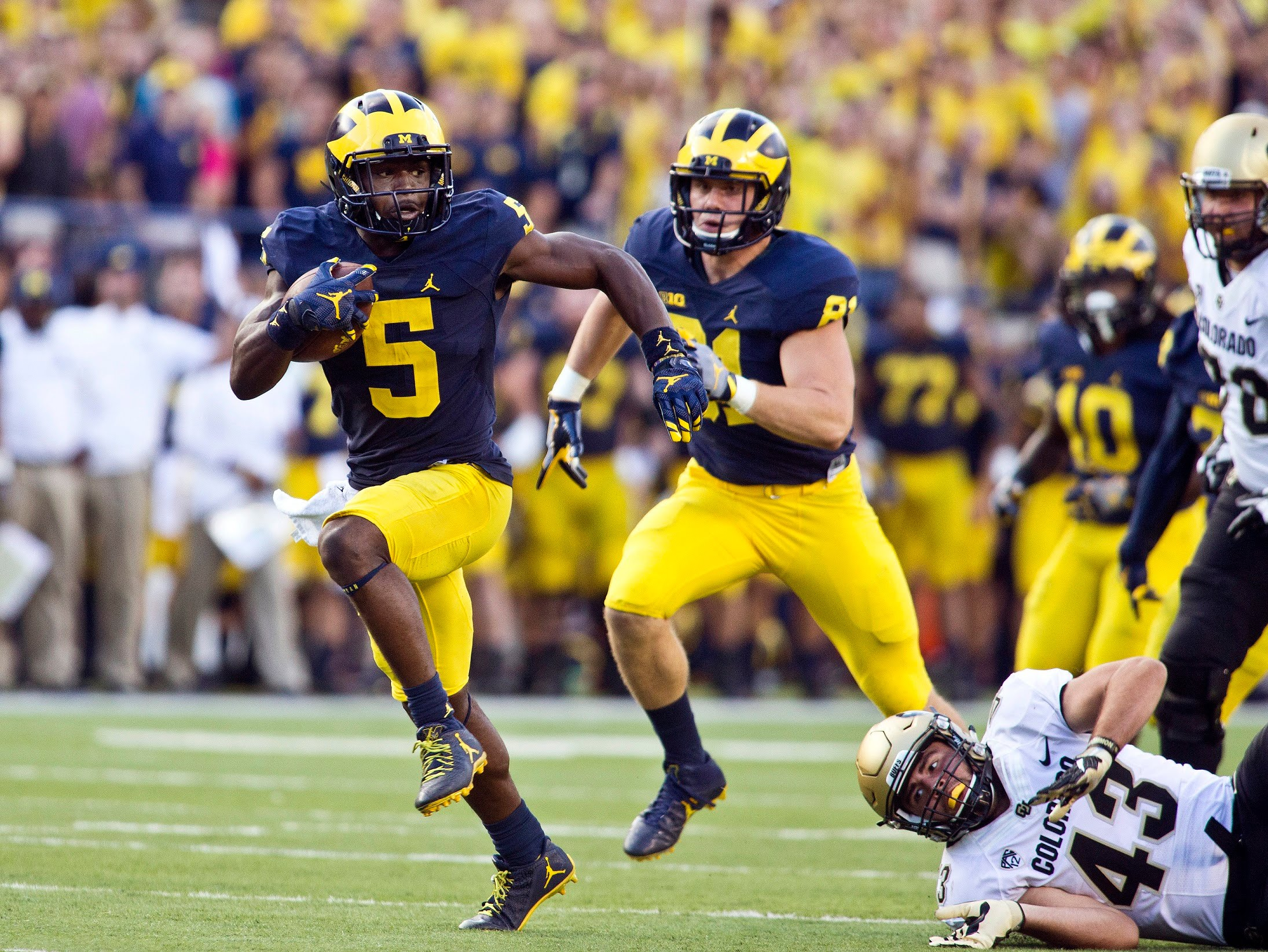 The Heisman Trophy is awarded to the most outstanding player in College Football.The award was created by the Downtown Athletic Club in 1935.  Many football legends have won the Heisman over the past 81 years. These legends include Marcus Allen, Herschel Walker, Barry Sanders, Doug Flutie, Desmond Howard, Charles Woodson, Tim Tebow, and most recently Derek Henry.

Many great players have played college football and not won this coveted award. In 2016 there have been many players with the ability to win the college football MVP.  Players include Lamar Jackson, Donnel Pumphrey, Deshaun Watson, and Jabrill Peppers, but the most notable option for the Heisman Trophy is the do-it-all man from Michigan, Peppers.

The so-called five-tool man from New Jersey committed to Michigan two years ago to play for coach Jim Harbaugh. Formally a safety, The former safety transformed into a middle linebacker for new defensive coordinator Don Brown. Peppers is not a typical middle linebacker; he has out of this world athleticism and speed. #5 has a sixth sense for recognizing plays from the defensive side of the ball. Peppers is not only a defensive do-it-all, he is a punt/kick returner, running back, quarterback, and wide receiver. Of course, one man cannot play all of these positions, but Jim Harbaugh has subbed Peppers into key situations during games in order to give a spark plug to the Wolverines.

The last defensive player to win the Heisman trophy was ironically a former Wolverine, Charles Woodson.  Woodson played cornerback and was a punt/kick returner and sometimes played wide receiver. Peppers has already beaten the totals Woodson set as a Wolverine for all-purpose yards with over 400 yards this season.  Peppers already has a combined punt/kick return total of 439 yards, which makes him the leader in college football. Peppers was the second-rated recruit in 2015 and is showing why he is the best player in college football.

Peppers deserves to win the Heisman because he is a do-it-all player for the Wolverines and can play any position in on the football field. Many players may double the amount of touchdowns that Peppers has, but they can only play one position on the field. Lamar Jackson from Louisville has a combined 45 rushing and passing touchdowns, but only played one position.

Peppers has a combined 3 touchdowns for a defensive player. Peppers has an elite team behind him; players include Jehu Chesson, De’veon Smith, Jake Butt, Chris Wormley, and Jourdan Lewis. Michigan has a storied past of elite teams, but Peppers is making his legacy be heard at the University of Michigan.