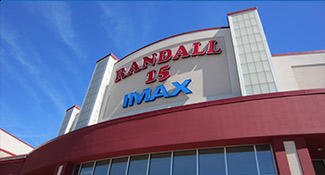 As the new year approaches soon, people are so thrilled for the upcoming Christmas season. Before everybody realizes, the ground will be full of white snow, the sky  will be dark, and the weather will be below freezing. At this time, who could think of anything better than watching movies and enjoying the chilly weather?  The new year brings out new adventures to look forward to and will be even better with new movies coming out in theaters. Here are a few of the new movies.

The first movie was based on a small city outbreak that suddenly spread throughout the world.  A former U.N investigator, who is played by Brad Pitt, leaves his family to find the cure to this vicious disease that is taking over the human population. The earlier movie concluded with the cure for the disease. Now with the second movie set to hit theaters on June 9, 2017, more answers are sure to come.

The sequel to the first Annabell is said to bring in a nun who is responsible for multiple children as the new target for the possessed and demonic doll, Annabelle. The release date for this spine tingling thriller is May 19, 2017.

3. Beauty and the Beast

The classic Disney fairy tale of princess Belle, the beast and their everlasting love story gets brought to life. Starring Emma Roberts and Dan Stevens as they take on the rolls of the two famous cross lovers, this movie will be released on March 17, 2017.

4. Pirates of the Caribbean: Dead Men Tell no Tales

This will be another adventure with Captain Jack Sparrow who is played by Johnny Depp. This is the fifth movie in the series. The release date is May 26, 2017.

This movie is based on a space journey to a new home. Two passengers named Jim and Aurora, played by Chris Pratt and Jennifer Lawrence, find themselves as the first people to awake from the journey. Watch the movie, which is set to be released on Dec. 21, 2016, to find out what will happen.

As the Christmas season approaches, it’s time to reconnect with your families. Join Ned and his wife as they visit their daughter at Stanford…  and the boyfriend. Ned meets Laird, who is not the right match for his daughter. Little does Ned know, Laird is preparing to pop the question on Christmas. Will Ned give Laird his blessing? This movie comes out on Dec. 23, 2016.

For all those Star War fans, there will be another movie added on to the series. The movie comes out on Dec. 15, 2016.

Everybody loves the Batman series, but why not put in Lego form? Watch what happens when Gotham city becomes plastic on Feb. 10, 2017.