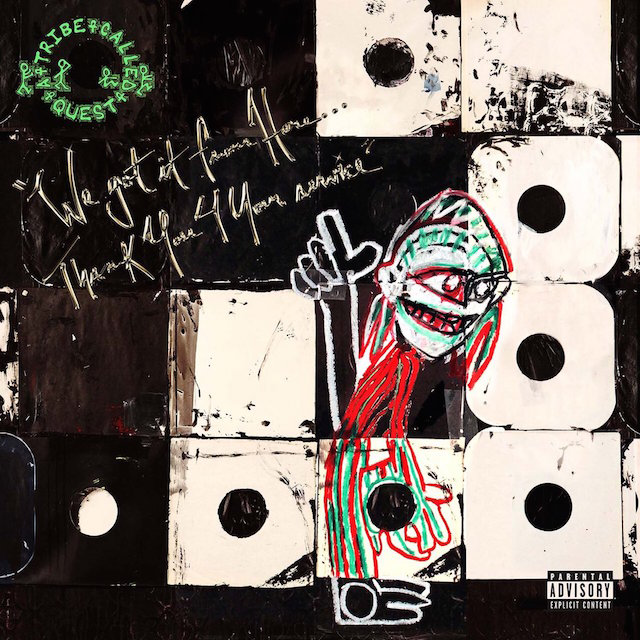 A Tribe Called Quest, a group synonymous with the genre of hip-hop itself has set the timely stage for a revival of old school hip hop in our current world. Made up of Phife Dawg, Ali Muhammad, and Jarobi White this group summons the essence of old school hip hop and most importantly continues to do so through the influences of modern rappers. With the release of their new album, We got it from Here… Thank You 4 Your Service they continue to channel that classic sound and rhythm that made them who they once were and will forever continue to be. This album has caught on exceedingly well, primarily due to its relaxed sound and political statements.

The most popular song of the album, We the People…., has and continues to speak to America through a filter of anger and discontent towards our country and the state of the world. Other songs such as Dis Generation, Lost Somebody, and Movin Backwards help to channel the old school sound of Tribe the Quest while keeping intact their bittersweet view of the world through lyrics. Others such as The Killing Season, Ego, and The Donald all call into question our most recent election and the future of our country, making a political punch often untapped in rap albums.

Starring the classic hooks, beats, and flow of A Tribe Called Quest, this album stays true to who they are and connects with the audience they once captivated and are now drawing upon once again. Collaborations with big names such as Andre 3000 and Busta Rhymes, this album encompasses the aura of early 90’s rap, furthering this revolution of old school music. With the occasional touch of old rap that even I myself can not find appealing, this album has its flaws, but covers them up with enough hits to shadow several other albums. For this reason, I would give this album a strong 4.5 out of 5 stars due to its unique position in today’s music industry and its strong hard hitting lyrics and beats.