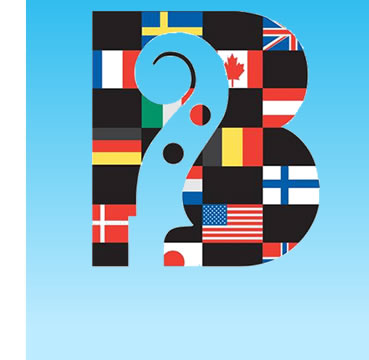 Ariane Omerza is a senior at Batavia High School. She has participated in the school’s band, choir, madrigals, marching band, jazz band, pit orchestra for musicals, and percussion ensemble. Recently, she was a section leader in marching band and attended the Blue Lake International program summer after her freshman and sophomore year. Blue Lake International is a fine arts program that lasts for one month in the summer. Omerza traveled with her band of 60 people from all around the country through Europe with the Blue Lake staff and conductors. They lived on the tour bus and in the homes of European families, many of whom didn’t speak English.

Q: What made you want to do Blue Lake International?
A: “The videos looked so cool whenever they showed it to us. My parents both lived in Europe for a while so it was just such a cool opportunity for me to combine learning about different cultures and music at the same time.”

Q: What are the things you liked most and least about your experience?
A: “The least was I only spent two or three days at a time with each family so I didn’t really have a lot of time to connect with specific people. But the good thing was you got to see how music is such a universal language and anyone can relate to it even if there was a language barrier. They would still enjoy going to a concert. I had a host sister once she didn’t really speak any English but we liked a band together so we had a dance party to their songs.”

Q: What can you say about the people you met there?
A: “There were a lot of interesting people just because it’s such a different culture and I would have never been able to meet those people if I’d not been in the program. I met this lady who lived through World War II in Germany. That’s so awesome and I would never be able to hear her perspective if I hadn’t have done that.”

Q: What can you say about the staff and the music professors?
A: “Well I had Mr. Heath for both years and he retired from the high school when I was in seventh grade so it was really cool to be able to have him because he’s such an institution in Batavia. Within the band there were about five counselors who played in the band and they were really cool because you also spent so much time with them. They can give you all this advice because they’re in college and they all are doing music education. It’s cool to have some older people but young enough you can hang out with and have good times with.”

Q: How did your experience benefit your musical knowledge?
A: “We always picked pretty hard music and we learned about 30 pieces in a week pretty much. It was pretty cool to do such hardcore rehearsals. Literally for a whole week all we did was rehearse. Eat, sleep, and rehearse that was all we did all day. Then we got to go perform it in all these places. You were doing performances pretty much every other day which is a whole different thing. Being on tour and being on tour and performing the same things over and over again they get stuck in your head a lot.”

Q: How did this trip impact you?
A: “I’ve seen things and been able to do things that I would have never been able to do. It’s one thing to be able to take a trip to Europe, but it’s another thing to experience the culture in the way that I did. I was living in people’s homes and I performed music and the whole music connection took it to another level too. I’ll always have the memories that I made there.”

Q: What was your favorite memory from Blue Lake?
A: “My very first host family it was just one grandma she lived by herself and she had 2 of us. She was telling us about how when Ella Fitzgerald came to Homburg and she went to see her live It was amazing and how all the papers were like ‘oh she’s gonna stink because jazz isn’t real music.’ She performed and she got to see her live and all all the papers the next day were like ‘oh she’s beautiful and amazing and we love her’ and that was cool I liked that.”