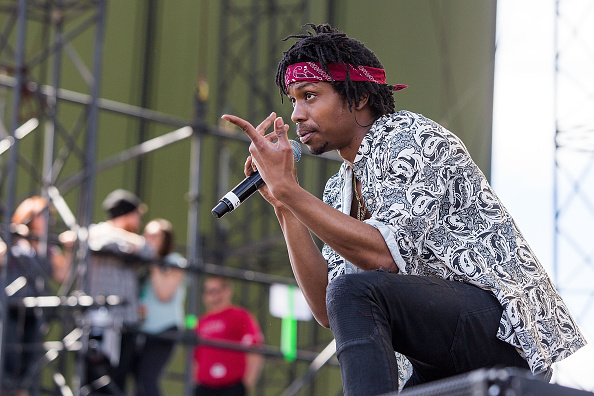 Peaceful protest is a cornerstone of social change. For many Americans, images of the lunch-counter sit ins and marches of the 1960’s Civil Rights Movement come to mind. While those forms of protest remain powerful, a different kind of protest is suffusing modern activist culture: music. Artists have long been using their work to champion causes, but artists such as Peter Gabriel maintain dominance over the dual identity of activist and musician with pieces such as “Biko.” It is time that some new voices are heard.

Raury Deshawn Tullis, known by his stage name Raury, is a twenty-year-old artist from Stone Mountain, Georgia. He is known for his unique sound, which he develops by combining hip-hop, folk and soul with audio clips of canned laughter and primal vocalizations. The result is an eclectic, ethereal listening experience. In an interview with Billboard, Tullis said, “I thought school was a system of indoctrination and brainwashing, and they just want you to go to school, graduate, have kids and die. That’s something I won’t compromise. I won’t live my life on my knees.”

Though he successfully completed his education at Tucker High School, he held on to his rebellious spirit. In his first studio album, “All We Need,” Tullis addresses a multitude of controversial issues. His rhymes condemn racism, imperialism, and gun violence. The song “Forbidden Knowledge” is a lyrical masterpiece, combining flawless meter with deeply philosophical poetry. Tullis skillfully confronts systemic racism as he raps, “At first they want to keep us separate but equal / But it’s not so we fight against the hatred and evil / Now they let us think we got it and they killin’ our people / Why does history repeat like a sequel? / Well that’s forbidden knowledge.” This song first and foremost reaffirms the identities and struggles of young black Americans and simultaneously educates ignorant white people. Raury is the future of activism in music, but more importantly he is the future of music itself.

Another artist whose work highlights important cultural issues is Angel Haze, who gained notoriety after releasing a remix of Macklemore’s “Same Love” in 2013. Haze rewrote the lyrics to describe the experience of growing up LGBT in an unaccepting household. “At age 13 my mother knew I wasn’t straight / She didn’t understand but she had so much to say,” Haze raps, “She sat me on the couch looked me straight in my face / And said you’ll burn in Hell or probably die of AIDS.”

For LGBT youth, representation of LGBT identities in media is a necessary stepping stone on the path to self-acceptance. The Centers for Disease Control and Prevention report that lesbian, gay, and bisexual teens were “more than twice as likely to have attempted suicide as their heterosexual peers” and that of fifty-five transgender teens surveyed, 25% had attempted suicide. The CDC cited lack of representation and “safe spaces” as a component of the cause of this disparity, and thus Haze’s work becomes exponentially more important. The song addresses depression, self harm, and other issues faced by LGBT youth. Since 2013, Haze has released three studio albums: “Dirty Gold,” “Back to the Woods,” and “Reservation.”

Music has a unique ability to touch hearts and minds. Using that power well is a difficult skill to hone, yet artists like Raury and Angel Haze seem to have mastered it. Tullis and Haze are openly opinionated- a trait which can be harmful to artists who rely on mass consumption of their music- and have used that to their advantage. Their messages may be universal, but their voices are inimitable.