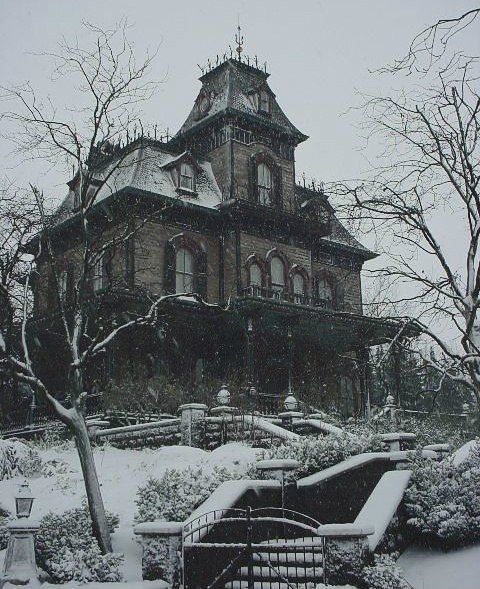 The Beast is America’s largest haunted house. Instead of going in a line, participates can wander through scene by scene unknowing of who or what will come at them with its “open format” theme. This tour goes on for 40 minutes.

At this haunted house, actors are allowed to have extreme physical contact, violence, and give electric shock to participates. Participants must sign a wavier and do not have a safeword. It is only for adults that are 18 and older. Participants can go in pairs or completely alone.

The Hex House has history and is said to actually be haunted. In 1944, Carolanne Smith owned this house. The police came in and saw that she had remains of a dead dog buried in the background and two women were living squalor in the basement. The actors are allowed to touch participants. There is no age limit, but the workers highly suggest that no one under the age of 13 enter.

Like The Hex House, Dent SchoolHouse has history behind it. It is said to be haunted by the Janitor who murdered the children who went to school in it. Currently, it is a haunted house for participants to come in and see. This house allows the actors to get close and touch participants. This house has three types of tours: lights out, lights on, and ghost tour.

The Cult takes an hour to walk through and there are no groups allowed. The actors are allowed to physically touch participants and there are violent situations in the house. To make the participants more scared, they have an actor ask them if they have any problems with things like rats, eels, and bugs. Participants may get waterboarded or have to lay in piles of cockroaches.

Blackout has two locations in the United States: New York and California. Once participants go in, they experience physical contact, forced edibles, and being submerged in water. Participants sign a waiver and tell actors before they go in their fears so they can make the house more frightening. Each participant must enter alone and can’t talk but is allowed to scream.

Alone is different than most haunted house. In this house, participants have to travel in the dark alone. There are no clowns, chainsaws, or gore, just the participants and the actors. Groups and pairs are not allowed. The house is a 45-minute walk through. The actors are allowed to touch participants.

This haunted house includes an eight-hour tour but most tours are cut short for medical reasons. All participants have to sign a waiver, be 20 years or older to enter, and can only enter alone or with one other person. In the house, people are put in cages with snakes and spiders, tied up, and have blood smeared all over them. Participates come out physically injured with numerous cuts and bruises and most can also be seen shocked from the whole event.