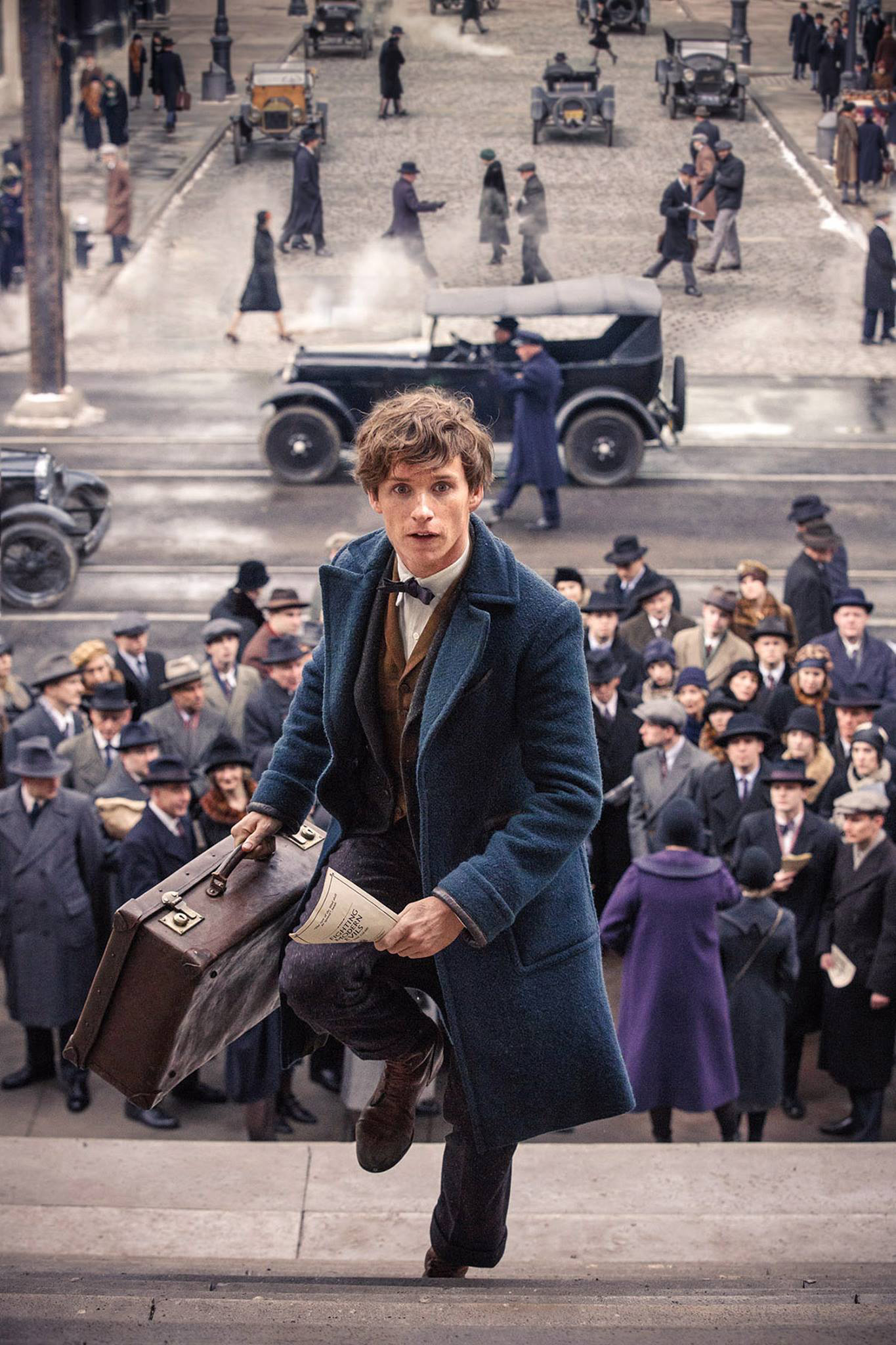 Once again, J.K. Rowling’s imagination comes to life on screen in the book-to-film adaptation of Fantastic Beasts and Where to Find Them. While the work is linked to the wizarding world of Harry Potter, Fantastic Beasts follows an entirely unique storyline and paves its own path to success.

Fantastic Beasts follows the journey of British wizard Newt Scamander (Eddie Redmayne) throughout 1920s New York City. Scamander, dedicated to locating and documenting magical creatures, faces a dilemma when some of the beasts that he has collected escape from his magical briefcase.

As Scamander embarks on a search for his missing creatures, he is accompanied by female wizard Tina Goldstein (Katherine Waterston) and her sister Queenie (Alison Sodul), as well as non-wizard, or “No-Maj”, Jacob Kowalksi. (Dan Fogler). Over the course of the film, the group is confronted by a host of obstacles that they must overcome in order to successfully retrieve all of Scamander’s creatures.

As can be expected from the title, the movie features many fictional “beasts.” Although the term may imply that the digitally rendered beings will be frightening, most turned out to be friendly and lovable. The graphics used to create the beasts were incredibly realistic, and I often found myself forgetting that the creatures exist solely on the screen.

Throughout the entirety of the film a strong Roaring Twenties aura could be felt. The early 20th century setting was well-developed, making it easy for viewers to get lost in the world. It was evident that the creators had put much thought and research into making everything from the characters’ appearances to the buildings’ interiors historically accurate yet still exciting.

As the story evolved, two eventually overlapping conflicts arose. Although the dual plot line was sometimes difficult to follow, everything came together in the end. While there were minor aspects of the story that seemed a bit cliché, they did not hinder the movie’s entertainment factor or sense of suspense. The resolution remained surprising and the overall storyline was original and well thought out.

The gradual character development that took place over the course of Fantastic Beasts added emotion to the film, and I quickly became attached to the various wizards and No-Maj’s. The experiences of and decisions made by each character transformed them internally and connected them to each other. At the movie’s conclusion, I was able to share in both the happiness and sorrow of each of the characters.

Harry Potter fanatics as well as those new to Rowling’s wizarding world will find something to enjoy in Fantastic Beasts and Where to Find Them. From beautiful cinematography to satisfying character development, the recent release is two hours and thirteen minutes of pure fantasy brilliance.