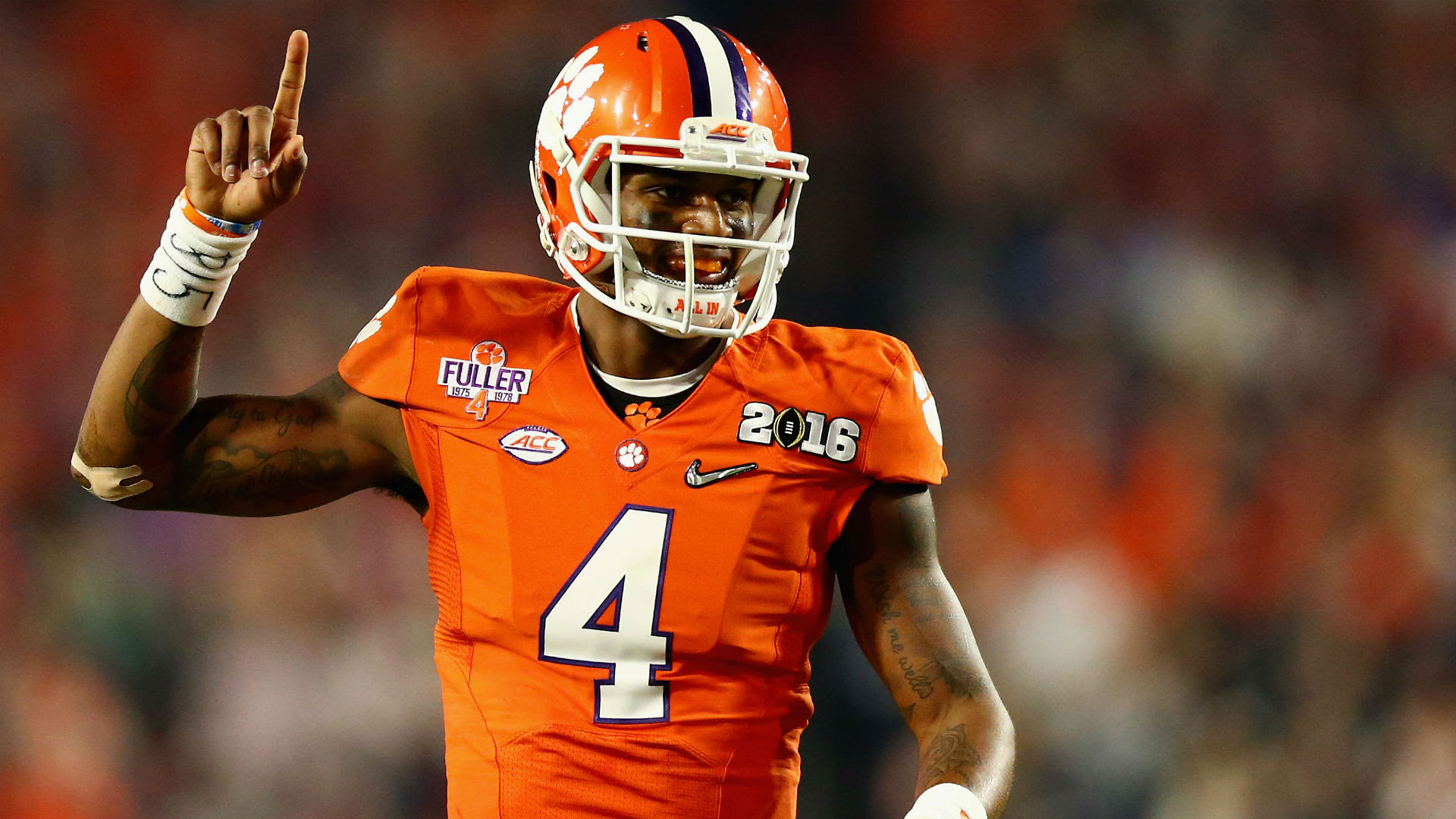 It has been a miserable year for Chicago Bears fans. I’m sure that all of us can agree that we are more concerned about the upcoming NFL Draft than the outcome of this season. To ease the pain of the season, here are five players that should be high on the Bears’ draft radar. Most are QBs which should be their top priority, but they should also look at cornerback and the offensive line.

I personally believe the Bears should draft Deshaun Watson with their first pick of the draft. Even though he has regressed this season and needs to improve his decision making, there is a reason he is a Heisman candidate again. For one thing, NFL.com thinks he is very similar to Marcus Mariota with his explosive plays and physical traits.

“For his comp, let’s go with Tennessee Titans QB Marcus Mariota. Mariota has good size and great speed, like Watson. He was a consistent winner at the college level (at Oregon), like Watson, and they played in similar offensive schemes in college. I think Watson has better upside as a passer than Mariota, while Mariota was more careful with the football in college than Watson has been, at times.”

I believe NFL.com couldn’t have said it more perfectly.

Trubisky is ranked by many as the best QB in this class. He took a major step forward in his junior year at UNC as expected by scouts and NFL analysts. He has a very strong throwing arm like Cutler, but actually has the accuracy Cutler lacks. He averaged a 70.6 percent completion percentage this season and only threw four interceptions. He also is mobile and athletic, and his only true weakness is fumbling. However, he is projected by many analysts to be drafted by the Browns, so the Bears should definitely have a plan B from him.

Bears fans seem to love this guy and he almost has a cult following. So you are probably wondering, is he worthy of the hype? Mahomes’ strengths are most definitely going outside the pocket and making throws on the run, so his mobility is undeniable. However, his accuracy is an area of concern to some and although it is improving, he only had a completion percentage of 65.7. He has some mechanical issues that need to be worked out, and the offensive coordinator needs to change before this will be resolved.

I know, I know there are some off-field concerns here, but if the Bears want to pass on QB and take an offensive lineman, he is the guy. He is one heck of a run blocker, driving defenders out of the way and creating huge running lanes for the running back. He is a weak pass blocker however, and has very poor technique. But, the Bears should be very run heavy next season so this is an ideal pick for the Chicago franchise.

We are 3 seasons in from drafting Kyle Fuller and the secondary is weak as ever. So it’s blatantly obvious that the Bears need a lockdown cornerback. If they take one, Desmond King is screaming “Pick me!” He is not the fastest corner of the bunch, but he has great instincts and is a major ball hawk. He also had 54 total tackles so he should be a great anchor for the defense if the Bears are interested in him.