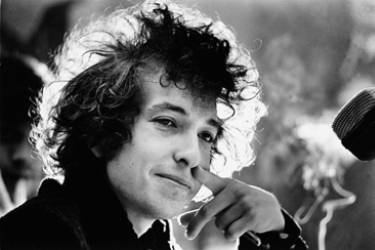 Bob Dylan, recently won a Nobel Prize for literature due to his poetic word play on his songs. However it seems Dylan might not even accept the award. Bob Dylan is somebody who is infamously known for his opposition of power, and I am one who enjoys not only Dylan’s music but also his stance on life and issues.

In my opinion I think that Bob Dylan is doing the right thing here because he is sticking to the values that he has kept his whole life. It is well known that Bob Dylan directly opposes the establishment almost to a fault and shows this through his incredibly thoughtful word play and actions throughout the years.

Some might say that missing out on one of the greatest prizes of all time is just stupid and unnecessary. However Bob Dylan is doing the right thing here by showing he does not need approval from any officials whether that be the Nobel Prize committee or the president himself. Even though Bob Dylan did not attend the White House event the president still congratulated the singer-songwriter with a tweet saying “Congratulations to one of my favorite poets, Bob Dylan, on a well-deserved Nobel.”

In my opinion I think it is cool what the president said to Bob Dylan about winning the prize however again there was no response from him further proving that Bob Dylan sticks to his values to matter what. All this shows is that Bob Dylan is a very genuine person and will keep to what he believes in even after becoming insanely famous and getting one of the highest honors of all time.

Dylan has given a reason as to why he could not receive the prize saying that he could not accept it due to prior commitments however there is an option for Dylan to still receive it but he has to give his lecture in Stockholm before he would receive it. This lecture makes it seem highly unlikely that Bob Dylan will officially receive his prize because in the past few months Bob Dylan has blown off prize after prize for reasons that are not given. This to some could seem like Dylan is just being a conceited jerk however I think again Dylan is sticking to values that he set back in 1960 and not looking back.

All in all Dylan is showing an incredible amount of pride by declining the Nobel Prize for literature, a prize that some would consider to be the highest form of honor for a poet/writer. This to me is simply incredible and reinforces in my mind that Bob Dylan is and always will be one of the greatest artists of all time to walk the earth.