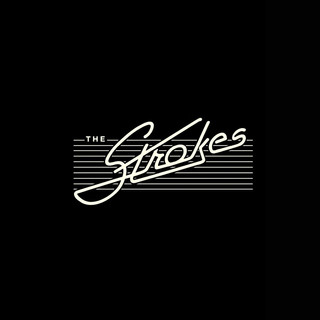 Radiohead is often referred to as The Beatles of our generation, and for good reason. In the 90’s they managed to release one of the most critically acclaimed albums of all time with OK Computer, however in 2000’s some would argue they have done ever better. From release their smash 2007 hit, In Rainbows to 2003’s Hail to the Thief there’s no denying Radiohead’s place in music history. But with 2001’s Kid A Radiohead established themselves as music visionaries who will continue to shape music and influence it for a long time.

The Strokes were dubbed the saviors of rock in 2001 which as you can imagine put these young New York boys under a lot of pressure for their debut release. Is This It? Managed to blow the expectations out of the water with its Velvet Underground influenced sound and Oasis pop sensibilities. Their next release Room on Fire managed to help them establish their legacy with hits such as Reptilla and The End Has No End. It is no doubt that The Strokes 20 years from now will be referred to as one of the biggest influences of the 21st Century.

A drummer and a guitarist sounds simple but with the right players the combination is deadly. This was just the case for the Detroit grown White Stripes. With smash albums such as Elephant which spawned one of the biggest hits of the 21st century with 7 Nation Army to White Blood Cells which continues to influence generations around the world with its dirty, distorted guitars and simple pounding drums.

Arcade Fire are a band that is often overlooked in terms of influence. Arcade Fire has pushed boundaries as a rock band and added new sounds to the arsenal of rock music in general. With their album The Suburbs they managed to also bring back the concept album and did it in a way that Roger Water’s would be proud of.

Wilco’s transition from their country rock roots to a more alternative based sound was a big one however it was well worth it. Wilco in 2002 released Yankee Hotel Foxtrot, a cornerstone for alternative music. It keep some folk and country roots while keeping an alternative edge to all the tracks. This album in specific leads them into the 5th place spot.

In 2002 shortly after the release of The Stroke poppier alternative smash album, Is This It? Interpol release Turn On The Bright Lights a darker spin on the alternative movement that seemed to be growing bigger everyday. Their sound, heavily influenced by Joy Division was a modern day twist that was needed in rock. Without Interpol we may be looking at a much different version of alternative and music in general.

The fusion of dance music and rock? Impossible some rock purists would say. LCD Soundsystem proved them all wrong with their album Sound of Silver. With tracks like All My Friends that you can rock out to but also dance like you are listening to EDM LCD Soundsystem managed to break down barriers and connect two genres that had been separated for too long.

The Arctic Monkeys are a household name now and for good reason. They have a total of 5 studio albums and all have brought something new. The album that hails over the other 4 is definitely Whatever People Say That Is What I’m Not. This album reinvigorated british punk and alternative bring great tunes such as Mardy Bum and A Certain Romance.

The Shins are a band that is not as talked about as they should be. Consistently The Shins have pumped out quality music since their debut in 2001. With The Shins softer approach to music they brought a new dimension to what we call rock music

2001 was a big year for music with bands coming out of the New York scene left and right but in Las Vegas a band called The Killers were putting the finishing touches on the masterpiece we all know as Hot Fuss. Hot Fuss was able to combine the synth leads of Duran Duran with the fantastic guitar leads of bands like U2.