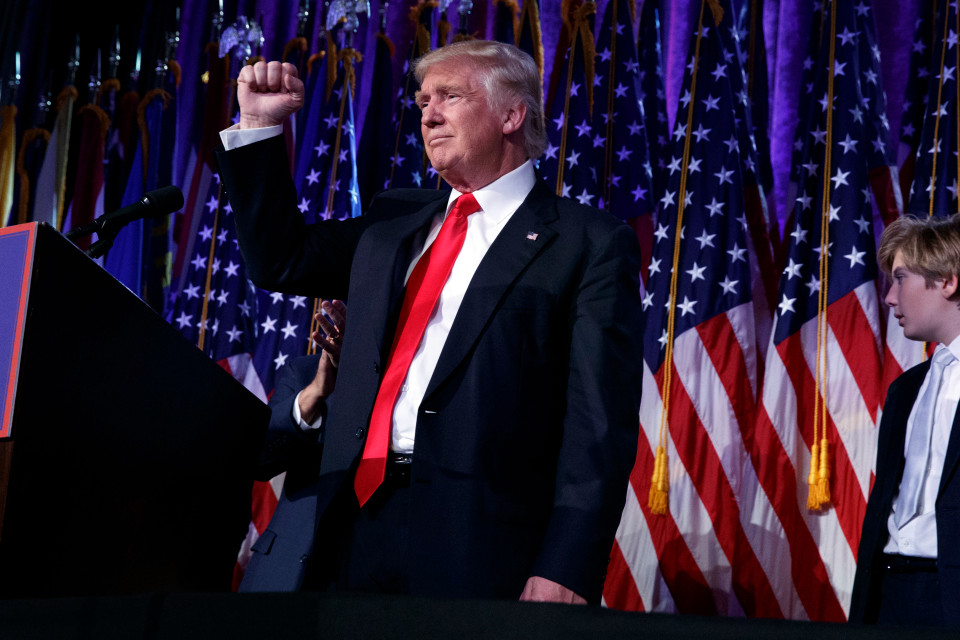 On Wed., Nov. 10, president-elect Donald Trump and current president Barack Obama met following the aftermath of an upset of an election. They reportedly talked about topics ranging from foreign policy to domestic policy and a variety of other important information that would ensure a smooth transition for Trump in the coming months. I believe that instead of bashing him for everything that he’s done at this point, we should welcome him into the oval office with open arms and let the man run the country with the potential that he has shown the American people over the course of this year’s election.

“I have great respect, the meeting lasted for almost an hour and a half, and it could’ve, as far as I’m concerned, it could’ve gone on for a lot longer,” Trump said.

The meeting with Trump for some could have been more heated and unwelcoming in tone but in all actuality they both walked away from the pep talk with confidence in the new president-elect’s induction into the presidency.

“President Obama came away from the meeting with renewed confidence in the commitment of the president-elect to engage in an effective, smooth transition,” said White House spokesman Josh Earnest

On Tues., Nov. 9, Trump was elected president of the United States in a shocking victory thanks to the electoral college system. On the following Wednesday morning he expressed his thanks and gratitude to the people who voted him into office. His speech consisted of rebuilding America’s infrastructure across the nation, improving relations with countries across the world and restoring our economy to its fullest potential.

“The forgotten men and women of our country will be forgotten no longer,” Trump said in his mesmerizing speech.

His campaign has been anything but formal. In fact, it has been the most politically incorrect campaign we have ever seen to date. Whether it be his sexually explicit comments towards women, his opinion on immigration, or his scandalous way of gaining followers  is unlike anything we have ever seen in this country. But that did not stop him from running and eventually succeeding in becoming the 45th President of the United States.

“Now it’s time for America to bind the wounds of division; have to get together. To all Republicans and Democrats and independents across this nation, I say it is time for us to come together as one united people,” Trump said.

Since his election into office however, there are others who won’t take kindly to the new president of the United States. In Chicago, thousands of protesters took to the streets on Wed, Nov 9, to protest against his victory against Hillary Clinton chanting, “No Trump, No KKK, No Fascists USA.”

Whether you love him or hate him, his constant change of attitude towards every situation at hand could make the coming years unpredictable. We can only hope that he can and will take this job seriously. So it should be reasonable to at least give him the chance he deserves to lead despite the comments he has made in the past.

“Love the fact that the small groups of protesters last night have passion for our great country. We will all come together and be proud!” Trump said in a social media post despite a comment he made earlier the previous day calling the protests “unfair.”

Whether you love the guy or hate him, he will be our president for the next term and it is our duty to at least let Trump have a chance to be in office and take the reins. Our country’s reaction to protest against his win will do nothing for our country besides telling the world that we are all a bunch of hypocrites by protesting against the system we helped put in place.