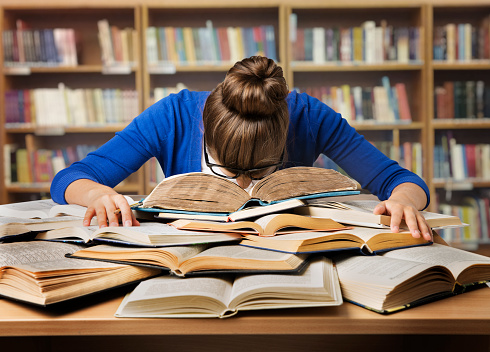 As finals approach, Batavia’s freshmen have been questioning how they are going to prepare as this is their first time taking final exams in high school.

Finals are scheduled for the two days right before the start of winter break, leaving students with about two weeks to study for them, and freshman searching for answers as to how to study for them.

“Finals basically determine what your grade will be, so yes, I am mildly terrified,” said freshman Miah Miglore.

Freshmen at Batavia were not given instructions on how to prepare for final exams, so some of them have expressed their concern about the tests.

“I am not scared about finals,” said another freshman, Tsunami Smith.

Smith is one of those students mentioned earlier, who has made sure that the has started to study well ahead of the exams to help relieve the stress.

“I have not been able to start studying because I still have to study for tests coming up currently and [I have] a giant workload,” said freshman Addison Connell.

Connell is one of many students at Batavia who has been assigned other projects and tests that they must complete for those same classes.

“Listening to music helps a lot to relieve stress,”  Connell said. She has expressed concern about the fact that her grades will be heavily impacted by the results of these tests and is making efforts to make sure that she does not freak out about it.

“Being in a constant state of apprehension will not help your grade,”  Miglore said. “You just have to study and hope for the best and take care of yourself throughout it all.”

Miglore wants Batavia’s population of freshmen to know that if you stress out more than you need to, all that is going to happen is that you will create more negativity towards the test than is needed, which will, in turn, only add more stress.

While Connell said that you should be stressed so you can work harder, Smith believes that “it’s okay. These finals probably will not dictate the rest of your life and if you study and do your best, that’s all you can do.”