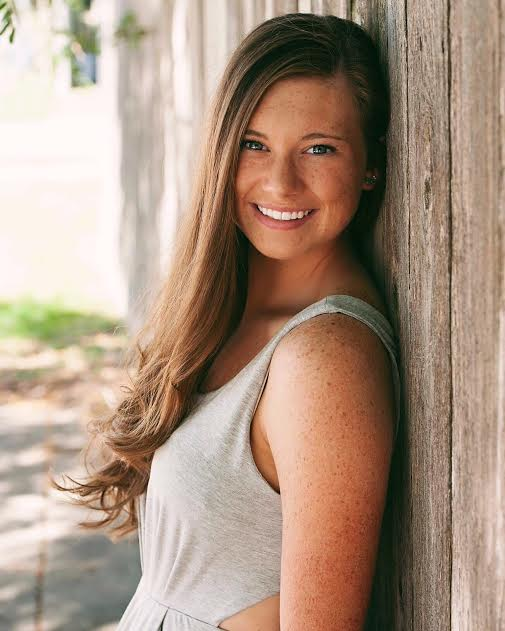 Most 18-year-old girls do not aspire to one day serve in the military. However, this is the goal of Batavia High School senior Kate Morris. In the upcoming school year, Morris will be packing her bags and heading off to college to further her education as well as prepare for military service as part of the Reserve Officers’ Training Corps (ROTC).

Morris initially planned on exchanging her cap and gown for a Marine Corps uniform immediately following graduation. However, as she began researching her options, she became interested in the ROTC, a program for students looking to receive a college education as well as one day enlist in the military.

“I can actually get an education,” Morris said.

After her time at BHS comes to a close, Morris now plans on attending either the University of Illinois or Northern Illinois University as a psychology major. While she is there, she will also be participating in the ROTC.

The ROTC offers benefits that enlistment directly following high school does not provide. For many, one of the most appealing aspects of the ROTC is that full college tuition payment is often granted.

Upon entrance into the military, ROTC members are ranked higher than other first time enlistees, giving them the advantage of a higher salary and saving them from having to work their way up from the bottom of the ranks.

“When you graduate, you are commissioned as an ensign,” said BHS senior Tori McKeehan. “This means the minute you graduate, there are people who you are in charge of.”

McKeehan had been planning on applying to the Navy branch of the ROTC until an injury prevented her from doing so.

“I’ll go to school like a normal kid,” Morris said.

However, once Morris graduates college and has completed all of the ROTC requirements, she will be required to enlist for four years in her preferred branch of military. For Morris, this will no longer be the Marines, but the United States Air Force. After serving for a period of time, Morris plans to return to school and pursue a career in the FBI.

Morris’ friends and family strongly support her military aspirations and believe that her intense motivation and tenacious spirit will bring her success in what McKeehan refers to as “a disciplined line of work.”

“There are very few people I know who possess the special qualities needed for military service. Kate is one of them,” said Rachel Liesendahl, a friend of Morris’. “She is endlessly tough, both mentally and physically, enjoys pushing her physical boundaries, and takes on challenges determined and unafraid.”

Marygrace Golden, another friend of Morris’, described her as having “an amazing work ethic,” “determination,” and a “fighter personality.”

“I feel so proud of her,” Golden said.

Morris began considering the possibility of military service “a long time ago.” Her grandfather served in the military himself and both of her parents are firefighters.

“My parents are both hands on people,” said Morris.

She described them as each being “very blue collar and hardworking.”

“I believe that having these examples to look up to everyday have definitely influenced Kate to want to serve her community,” Liesendahl said.

While it is now very easy for Morris’ mother, Tammey Morris, to envision Kate in the military, she was initially a bit shocked by her daughter’s serious interest in pursuing a career in the field.

“I would be lying if I said I was not surprised at first and of course worried as a mother,” said Tammey Morris.

When asked if there are any apparent downsides to her decision to serve, Kate Morris bluntly replied, “Um, I could die.”

However, she is okay with that. Morris is confident in her decision and is looking forward to her day of enlistment.

“The military is not for everyone, and that’s okay,” McKeehan said. “It is a hard lifestyle.”

McKeehan described military service as “devotion to serving others before yourself” and that one must be “willing to give up everything so that someone else can have everything.”

Kate Morris is fully aware of the level of commitment that military service entails and understands the various risks and difficulties that accompany the career.

“Her passion to help others and protect people inspires me every day,” said Tammey Morris.

One challenge that Kate Morris will personally have to face is that she will be a woman in a primarily male dominated field.

“I feel like it might be a tad harder, and I think that’s okay,” said Kate Morris.

She believes that “women should not be afraid” to take on positions traditionally held by the opposite gender. She is excited for the opportunity to prove herself as more than some “pretty girl.”

“I want to show them that I’m tough underneath,” said Kate Morris.

According to Liesendahl, Kate Morris’ mother has “shown Kate that women can not only keep up, but excel in male-dominated fields.”

In addition to setting an example for other women, Kate Morris believes that she was put on this planet to help others.

“I think [military service] is one of the best ways to do that,” said Kate Morris.