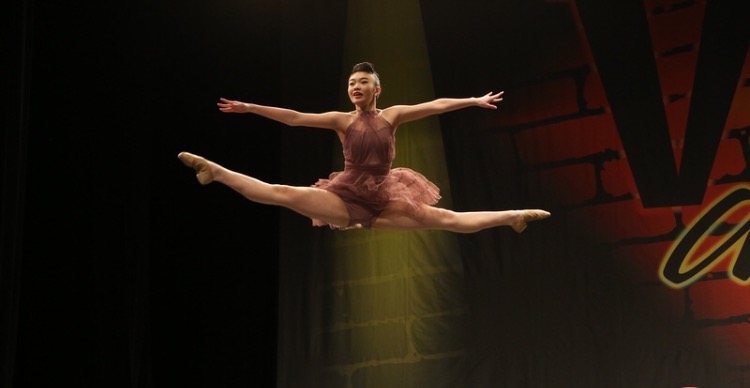 A dancer who often places at nationals, Alissa Chu is a freshman here at Batavia High School. Often described as dedicated and hardworking, she takes many honor and AP classes as a freshman, along with being on the varsity dance team. The tryouts were difficult along with the fact she is the only freshman on the varsity dance team but Chu has become friends with them and is very motivated.

To join the dance team, the tryouts spanned over a couple of days, in which you would go to clinics for certain skills. Everyone would learn a short dance that they would perform for evaluation on the last day.

“While we learned, we would be pulled out in groups of three so that the coaches could assess our individual skills, the room was silent with nervous breathing, waiting for the dance to begin,”  Chu said.

Chu also is a very dedicated student, who is pushed by herself and her parents.

“I have become and been a dedicated student because of my self-motivation and my parent’s influence,” Chu said. “My parents have always instilled certain values and I myself want to do well in school for security in my future.”

Plus during the weeks she will put in as many hours as necessary to get her work done as well as working ahead on the weekends.

“Also, I’m not the kind of person that procrastinates and I just like to get my work done quickly,” Chu stated.

“I don’t think there’s more pressure on me because I’m seen as an equal member of the team with an equal skill set. In the beginning, I had felt the need to prove myself, but now I feel as if I have a more established position,” Chu said.

She also fits in well with the dance team considering she is the only freshmen.

“I am friends with the older girls because they make up the majority of the team. Most are very friendly and easy to connect to,” Chu said.

Since she is a talented dancer Chu has won many awards in the past years including her solo which got first, second, and fifth at regional competitions and sixth at nationals. Along with that she also got judges choice and a contemporary dance division award. Also, her self-choreographed duet has gotten first two times, and second at regional competitions and fourth at nationals.

Overall Alissa Chu has won many awards and considers herself a hard working student and athlete.