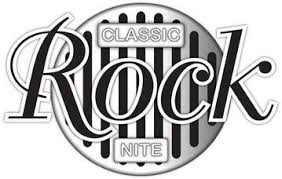 As time passes, new genres of music form, but some people are still drawn to music produced 20 years ago. There is something about classic rock that entrances audiences to continue to keep coming back to it. Classic rock for many people is an escape from this era. It can take people to a previous time in their life when life was less complicated. Much of the music created during the 60s, 70s, and early 80s is known to be some of the best.

“The reason I like good classic rock is because it brings me back to a much simpler time in my life where everything was a lot easier,” said Rick Garcia.

Some people think that classic rock was written in a time where music was at its best. The artists had free reign and everything they wrote was extremely original. There weren’t as many advances in technology so the music was more sincere.

“These old original groups made up their own style,” said Abby Skirmont, a freshman Batavia High School. “They didn’t have other people’s influence before them. It was the first version of rock and it’s the most authentic.”

Classic rock artists are believed to have had more overall talent. Their music was more pure because record labels did not have access to the same amount of technology as they do now. The musicians had to rely on their ability rather than how their record label portrayed them to sound in a recording like today’s artists.

The level of talent could have been affected by today’s advanced technology. Popular musicians are often portrayed on social media and TV. Music labels have recognized this. They often sign musicians based largely on looks and social media followers instead of musical abilities.

“I think that videos and social media kind of ruined rock stars because now it has to be a pretty face with a pretty voice instead of just a good songwriter and a musician,” said Rick Garcia. “In the 60s, people were just writing songs and they were fabulous musicians. It didn’t matter what they looked like.”

Because the talent in classic rock musicians is higher, the musicians sound just as good in recordings as they do during their live performances. Sarah Garcia is currently employed at Live Nation, working directly with artists and their crew before, during, and after their performances. She has worked in the industry for eight years in multiple capacities.

“Classic artists they have their stuff together and I know that it will be an easier show because it’s everybody’s job. It’s what everybody has been doing for 20 years,” said Sarah Garcia. “It’s nice to know it’s going to be a nice, easy day.”

Sarah Garcia has also had the opportunity to meet many classic rock musicians. She explained that the American rock band Kiss has a very specific post-concert routine.

“I met Kiss and they have their makeup on and everything on and they go on stage and their amazing selves with fire and leather and makeup. They come back after the concert and they all take a shower and they all put on suits and they sit around the dinner table and they talk business,” she said.

At classic rock concerts, many people there are very passionate about music. Sarah Garcia emphasized that she loves being in an environment where she gets to see how much music means to people. At these concerts, the people are there to experience the musician’s talent, not for the show they put on.

“Experiencing the music I love so much and seeing the musicians performing at their age inspires me because I realized that you can do music forever,” said Adrien Arce, a freshman at Marmion Academy. “That’s why I’m always motivated to continue playing guitar or other instruments.”

Most classic rock artists have stood the test of time, which truly determines their musical abilities. Many artists today are unable to remain in the spotlight because the talent levels between musicians from various eras are different.

“Most of the classic rock that I listen to today has stood the test of time. Most of the bands that come out today last five years and they’re gone,” said Rick Garcia. “The real classic rock artists lasted for 20-30 years which is amazing.”

It is believed that classic rock will continue to be passed down to future generations to come and remain popular through the test of time.

“Every day I come back to the same radio stations that play those songs and those artists I grew up listening to are the most inspiring artists ever,” said Rick Garcia. “That’s what makes me come back to them every day.”