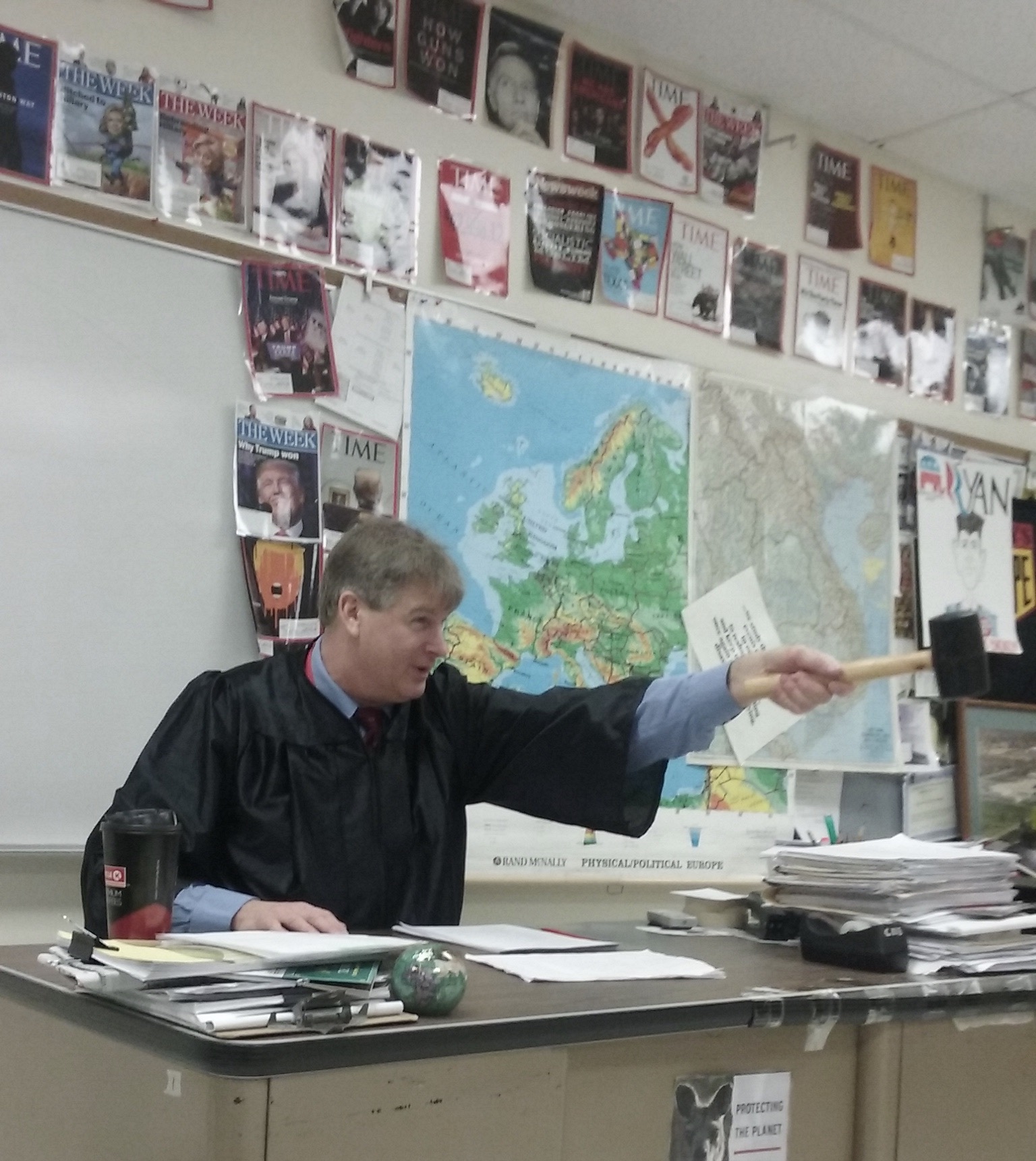 Evidence of Batavia High School’s past presents itself in ways both small and large: trophies standing proudly in display cases, the names and years emblazoned on pennants hanging from the gymnasium ceiling, and, of course, teachers who have become an integral part of the school community. One of these esteemed teachers is Mr. Bill Kettering of the Social Studies Department.

Kettering, who began teaching at BHS in the fall of 1986, will retire after the spring semester of 2017. It will mark the end of his thirty-one years of teaching. Since the very beginning, Kettering has approached his work in a unique fashion. While obtaining his juris doctorate at the University of Montana, he worked as an intern at the local county attorney’s office prosecuting misdemeanors and other small cases, which lent him an interesting perspective. As Kettering puts it, he worked with “broken” people- people who couldn’t tell right from wrong or simply didn’t care. He says, “When you’re a lawyer, you don’t know how to fix people or anything else. And I’m not sure I thought of it at the time, but as I started teaching it was more like, these kids aren’t broken. They can be, if you will, molded.”

Kettering possesses a unique ability to positively influence his students. In his time at Batavia High School, he has worked with three of local realtor Charlotte Trux’s children: Sebastian Vermaas, Roxanne “Roxy” Vermaas, and Jeffrey Trux. Sebastian Vermaas, who graduated from BHS in 2013 and now studies economics at DePaul University, is proof of this ability. His initial plans for college included obtaining a degree in finance with the hope of becoming involved in speculative trading, but Kettering urged him in a different direction.

Vermaas states, “Mr. Kettering helped me to think about the bigger picture, which contributed to my switching majors to economics.” Of the matter, Kettering asked, “What good do hedge fund managers contribute to society?”

Having taught government for numerous years, Kettering is deeply involved in the realm of law and politics. He is the school sponsor of the YMCA Youth and Government delegation as well as Mock Trial. To his students, Kettering consistently preaches the importance of involving oneself in democracy and staying informed. The most important issues to watch according to Kettering? Gerrymandering, nuclear warfare and climate change. For young people looking to make a difference in today’s political atmosphere, Kettering believes these topics are key.

“We don’t have free and fair elections in Illinois. And that is something, I think, that every person should be aware of,” he said.

Scott Bayer, Kettering’s colleague of twelve years, remarks, “You talk to him and he’s kind of just a down to earth guy, but he’s also a walking encyclopedia of constitutional case law. And so, next year, not having him in the department is something I’m going to miss tremendously.”