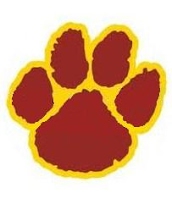 Starting next school year, a new system will be put in place called the House System and will impact mostly freshman. This is the beginning of plans to make Batavia High School seem less daunting to new freshman and to eventually give more support to all students, according to BHS Principal Joanne Smith and Freshmen House administrator Sara Thomas.

The House System will be beneficial to Batavia High School in many ways, mainly concerning students.

“This is a model that we believe will help our ‘big school’ feel a little smaller,” Smith said.

This will help students on an individual level, and hopefully, increase the success rate of our school as a whole. Students will be helped in more than one aspect, Thomas said.

“The house system is to provide students with more support in both areas of academic and social-emotional needs,” Thomas said.

Different teachers will be assigned to help students in multiple areas. However, the benefits extend beyond just students.

“I think that the House System is a way to improve student support, teacher collaboration, and purposeful work around student programming,” Smith said. Teachers will see a positive change in the way they work with each other. Students, in turn, feel the effects of this collaboration through the way they’re supported.

The House System was a decision born out of many people.

“We have a School Leadership Team made up of teachers, staff, and administrators. This team sought out feedback from all staff,” Smith said.

After brainstorming with the administrators and reviewing the feedback from teachers the House System was made and the process of setting it up started.

“We have been thinking about a change of model for a couple of years, but the more intense work on this model began last summer,” Smith said.

“We decided to start small then grow as students advance grade levels. As a team, we will be able to create, pilot, adjust and make a solid system for students,” Thomas said.

The group that will be mostly affected by the House System is the incoming freshman for the 2017-2018 school year, as the Freshman House is the first House System addition. The House system would eventually encompass all four grades as the incoming class makes its way through all four levels. However, non-freshmen students next year shouldn’t notice any drastic changes.

In close, the House System is a new program that, although won’t change much, will change the amount of support given to students. This new addition to the school will help all students and make better use of the resources our school has.