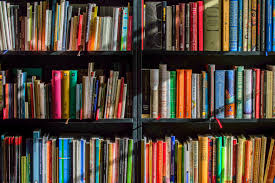 Do you love reading? Do you find it hard to find new books to read? This list is for you! This is a top 10 list of my favorite books. These are in no particular order because I can’t pick which ones are better than others. I hope you choose at least one of these to read and enjoy the book as much as I did. Happy reading!

This book is a phenomenal romance book that makes the reader feel several different emotions. The two main characters, Natasha and Daniel, fall in love and face many obstacles that stop them from pursuing an actual relationship. Natasha is getting deported to Haiti and Daniel’s Asian-American family is incredibly racist. Coming from someone who usually hates anything romance related, this book is truly a must-read. My rating of this book is four out of five stars. It gets incredibly awkward at parts and their relationship progresses very quickly. Other than those cons, the author did a great job making it relatable and has many pop-culture references.

This is one of those books that everyone should read before they die. Though it is definitely for younger readers, it will always a hold a special place in my heart. Caitlin just lost her brother, Devon, and her world is turned upside down. She is an 11-year-old who struggles with Aspergers and always had her older brother to help her with it. Throughout the entire book, she tries to find closure while her dad kind of brushes the entire thing off. I would rate it four out of five stars because it’s a really quick read and will make you cry straight from the beginning. If you have ever lost someone close to you, Mockingbird should be your next read.

Stargirl is another one for younger readers but has such a good message in it that everyone of all ages should read it. Stargirl was a new student at a normal school. The students were picked on if they stood out in any way. When she comes along with her crazy outfits and ukulele,  the school flips upside down. Everyone treats her like a rat, except for Leo. He starts to fall in love with her, so then he begins to get bullied. This book will take you on a ride. I rate it 4.5 out of five stars. It is incredibly easy to read and the characters are easy to relate to. It does not get a full five stars because the ending did not live up to its full potential.

There are currently four books in the series with a fifth one coming out. A 16-year-old, Jacob, learns that every story his grandpa ever told him was true. He forces his dad to bring him to Wales where he can discover the home where the peculiar children live. All of the children have different traits that do not allow them to live in the real, human world.Their life was going great until Jacob shows up and ruins their safety. I give all the books in the series five out of five stars. They all consist of different adventures and keep readers on their toes. Along the way, you meet many different characters that threaten to kill the children and they also meet other peculiars.

I never thought in a million years I would ever like a required summer reading book. When I had to pick what book to read before going into freshman year, I chose this one and I am so glad I did. The world is taken over by technology because of Madeline’s dad. She wants to go out and experience the real world and go outside for at least one more time in her life. She never felt this way until she meets Justin. He protests the entire way of living, which makes Maddie question her existence. Awaken is full of intense plot twists, so make sure to grab a seat belt while reading. This book gets five out of five stars for so many reasons. It has amazing plot development, great quotes, and it fights against my worst fear of technology taking over the world. It definitely should be made into a movie.

If you enjoy depressing books, this one is definitely for you. Lia’s best and only friend, Cassie, haunts Lia after she was found dead in her hotel room. Cassie struggled with bulimia and Lia is struggling with anorexia. Nothing is sugar coated in this story and is bound to make you cry. I rate this book a four out of five stars. I personally love mental health topics, so this story grabbed my attention right from the beginning. It was a page-turner, but the writing format was weird at times.

This is the first poetry book on the list. This is a very thick book compared to most modern-day poetry. Sin is by far my favorite poet and has eight books currently out and much more coming in 2018. The poems written in this book are a perfect example of why poetry is the best form of art. There were all different kinds that can touch many different people. There were poems about relationships, mental health, feminism, etc. I rate this one five out of five stars because it is so iconic. There were so many Instagram-worthy captions and pages that are perfect to take pictures of and put on your VSCO account.

This is the second poetry book on the list. If you are looking for an incredibly short, easy read then this one is for you. I read a lot of poetry, but this is the first one that moved me so much to the point of crying. It is all real emotions that are put into words. I rate it 3.5 out of four stars. It was incredibly good, especially for his first book, but I hated how short it is. I would recommend borrowing this from anyone who has it, rather than purchasing it.

Sherman Alexie wrote this to portray how awful people treat American Indians that go to white schools. The Absolutely True Diary of a Part-Time Indian was a fantastic book. The reader got to learn what life was like for a young Indian boy having to fight tough battles. As time went by and he got involved in basketball, his peers began to really like him and everyone accepted him. Alexie also uses cartoon drawings to explain more in depth what his writing is saying. If anyone has to write a book review in American History, I highly suggest you choose this one. I rate this one five out of five stars. It was really funny and kept me interested.

Most people know what this book is about due to seeing the movie. This is an incredibly important book to read because you need to put yourself in August’s shoes. He is a 10-year-old boy with a severe cleft lip and gets bullied by strangers and his classmates almost every day. Nothing will fix his deformity, no matter how many surgeries he gets. This is another one on the list that deserves a five out of five stars because it makes it seem like you’re part of the story. You want to just jump in and hug August and tell him that everything will be okay.