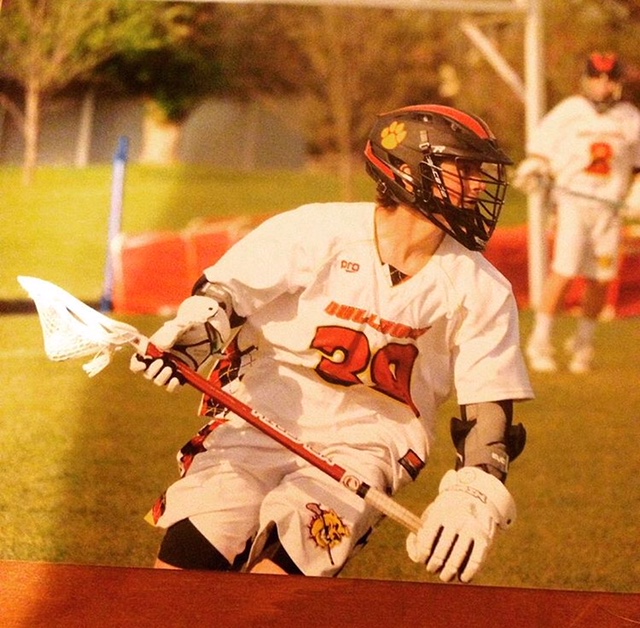 Danny Sterne, a 17-year-old attack player and captain for the Batavia Bulldogs lacrosse team, sat down with The Spectator for an interview. Sterne has been on varsity ever since freshman year so he has experience and is considered one of the best lacrosse players at BHS. Sterne is a captain this year, however, this is Sterne’s last year playing here at Batavia so he has some personal goals he wants to accomplish before the season is over. “I would really like to be first team All-Conference this year,” he said. He feels that since it’s his last year, he will accomplish this and hopefully leave a legacy at Batavia.

Q: Given that the season hasn’t started yet, how do you feel the team will be this year?

DS: “Not too good, because of the lack of returning seniors. The kids that will be on the team this year are not experienced. We have been playing with the same players up until this year and this past year’s seniors were very good.”

Q: Do you think the team will be affected this year due to last year’s seniors graduating? If so, why?

Q: Also, with new players being introduced on varsity this year, do you think this will have a positive or negative effect? Why?

DS: “Negative, because they are not experienced. Although, it is better to have more kids on a team than fewer kids. I think that throughout the season, me along with other experienced players will help the less experienced players. By doing this, these kids will get better at the game and will help us as a team.”

Q: What is the biggest thing you think the team will need to work on this season?

DS: “Younger kids still need to work on catching and throwing passes. Even though this is one of the first things you learn in lacrosse many kids still can’t do it. If they learn how to do this and do it well, I feel we will have a shot in some games.”

Q: How will working on this benefit the team this year?

DS: “We will have a faster pace team, which will allow us to be able to have a better offense. These younger kids will also be better in the long run here at Batavia. So this will help the team in future years.”

Q: What is something you personally have to work on this season?

DS: “Getting stronger, hitting the weight room to improve my game. We don’t workout much in lacrosse for the school so I will have to workout on my own. If I get stronger I will have a better chance of outplaying kids on the other teams.”

Q: With you being on varsity all 4 years, what is something you have seen throughout the years that the team has excelled in doing?

DS: “Killing penalties is something we excel at. To kill a penalty is huge, I feel that throughout these 4 years, we are actually one of the best teams at doing this. However, with no players this year we may have to work on it just in case. For the most part, this is something we as a team are very good at doing.”

Q: Who is the biggest threat Batavia Lacrosse will face this year? How do you think you guys will do against this team?

DS: “St. Charles North, They are very good and we probably won’t win. They have a lot of big and fast players that will eventually go D1. Actually, some of the players already are committed to D1 schools. This will be hard for us to overcome, but maybe if we get everything right, we may have a chance at winning this game.”

Q: How does playing on the turf affect the game?

DS: “The ball bounces better, and the ground is smoother so you can run faster. It’s way better than playing on grass.”

Q: Since this is your last year playing for Batavia, what is something you want to accomplish?

DS: “Going for first team all-conference. This is my last year, so accomplishing this would be something very special to me. I would have been the leading goal scorer in the conference last year, but our team wasn’t too good so they didn’t look at us. Achieving this is something I have been working on and is something I know I can accomplish.