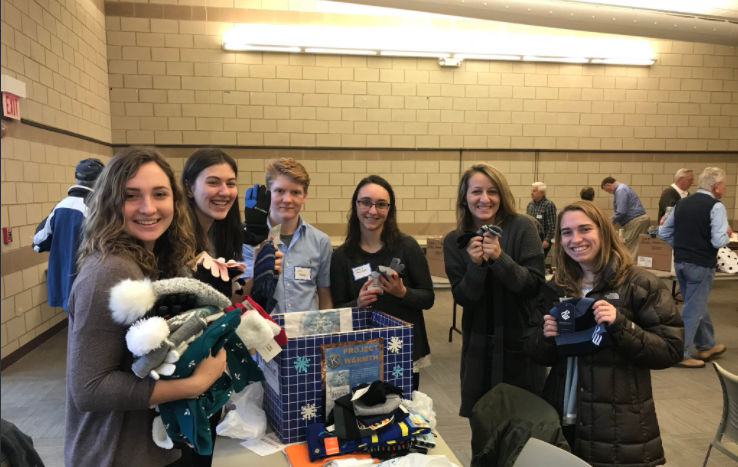 Batavia Key Club was featured on the Nickelodeon channel through national TV as well as Instagram. Nickelodeon released the commercial on Instagram on January 10 and then continued to release it on other social media. In the commercial is Key Club’s president, Maggie Keating, Vice President, Bridget Grimm, as well as many other key clubbers.

Nickelodeon gave Key Club this commercial because of what they were doing to help the community. During the month of November, Key Club collected winter scarves, hats, gloves, and other winter necessities to donate to those in need. The items collected were for people of all ages. Then on November 18, Key Club went with their fellow Kiwanians to give these items to the homeless people to help them stay warm during this cold winter. There they helped many people who didn’t have these necessities. A picture of the Key Clubbers doing this was featured in the commercial.

“This shows that we do a lot of work behind the scenes and we don’t always get recognition, but now after hard work, it shows on a national level,” Keating said.

Many teachers were playing the commercial and giving recognition to all the kids. Marnie Heim, Key Club’s mentor, felt so honored to be part of this club.

“It’s exciting to see them on a national level,” Heim said. “There are teachers who have seen the actual commercial run. They are all coming up to me and telling me ‘good job, Key Club.’”

Not only were the teachers coming up to fellow key clubbers, but fellow students were also were showing their appreciation.

“It got our whole school talking about key club,” Keating said. “I have had people come up to me and say ‘Hey I have seen you on tv!’ which is so cool.”

“Hello from KCI. Nickelodeon wants to feature your club on TV.”

Nickelodeon is a major partner to Key Club International. Hearing this surprised many people.

“I thought it was a joke at first,” said Keating. “But then she sent us release forms and I was like, wow, this is legit.”

Key Club is an organization that’s goal is the make the community better. By volunteering often and working hard, Key Club earned their publicity. It’s just like Keating said, “Sometimes if you do work hard, you will get that recognition.”