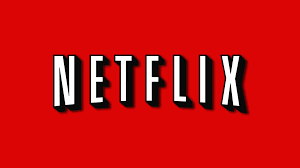 It’s a problem for most teens these days to find the perfect TV show to binge watch. It’s always a toss-up between whether to want to watch a comedy or a drama, action or documentary, or the basic just struggle to have an interest in any show. It comes down to the point of rewatching that one Netflix show. But, no need to worry, here is a top 10 list of Netflix shows to binge watch to fix one of your 99 problems.

This is a Netflix original show taking place in Hawkins, Indiana. When Will Byers goes missing, his mother launches a search investigation. While looking for answers, they uncover mysterious government experiments taking place.

A comedy about six friends, three guys and three girls living in New York City (the show is much better than this description).

The comedy set in a paper company in Pennsylvania is all about your not-so-average company workers.

A drama about surgeons in a hospital in Seattle and how they take on life in and out of the hospital and life with co-workers.

High school chemistry teacher Walter White’s life is slowly going downhill as his wife recently gives birth, his son battles cerebral palsy, and a battle of his own with terminal cancer. Realizing how his medical problem will affect his family financially, Walter attempts to earn his money back turning an old RV into a meth lab on wheels.

A supernatural drama about high-schooler Elena Gilbert and her life living in a town of vampires, witches, and werewolves.

After the suicide of classmate Hannah, a boy named Clay finds a mysterious box on his porch with tapes recorded by Hannah herself explaining the 13 reasons why she took her own life.

8.) How I Met Your Mother (nine seasons) N/A tomatoes

A comedy of a love story between Ted and Robin and their friends. The love story is told in flashbacks narrated by Bob Saget.

The four Braverman siblings Adam, Sara, Julia, and Crosby tell the joys and struggles of parenthood. The four lean on each other for help in their lives of parenthood while dealing with marital problems between their parents.

Leslie Knope is hoping to beautify her town and turn an abandoned construction site into a park. The show covers the struggles Leslie undergoes from neighbors and government red tape.