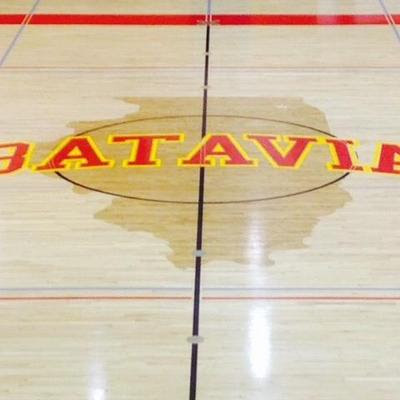 Jeremy Baumann is a point guard on the Freshman Batavia High School basketball team. and he was a point guard for the Rotolo middle school basketball B-team in 7th and 8th grade, He has been playing basketball before he was even five years old. Jeremy has also been involved in the school orchestra and is currently involved in Mr. BHS, which is a male fundraising pageant.  He also made honor roll the first semester of his freshman year at BHS and plans on doing it again this semester. “In my interview, I focused on his basketball season and his thoughts about the season, also other clubs and activities he is involved in and what he is doing to help Batavia High School.”

Question: How is the freshman basketball season specifically going for you?

Jeremy Baumann: “It’s going well. There are some games where I’ll score better and some games where I won’t score so great. [Head Coach] Ryan Sullivan is a good coach, he’s improved, and I feel like the assistant coaches have improved too.”

Q: What goals do you have set for this season?

Baumann: “Personally I would like to start working harder on the defensive end of the floor, and overall work harder to make the team next year.”

Q: What goals have you already accomplished this season?

Baumann: “I’ve scored what I wanted to in the past few games, but I still think that I have a lot of work to do to reach some of my other goals.”

Q: How did you become involved in Mr. BHS?

Baumann: I got pulled in by some friends of mine. I was told I wouldn’t have to do much just go on stage and answer some questions but it turns out that you have to do a lot of stuff like collect money, get a tux fitted, plan a talent thing to do, etc .”

Q: What other outside-of-school activities are you involved in besides basketball and Mr.BHS, like clubs or sports?

Baumann: “I might play tennis. I’m not really that into track anymore, but I do want to do something after school.”

Q: What club or sports do you plan being involved with in the next few years at Batavia High School?

Baumann: “I’ll probably do some clubs to look good for colleges and something I enjoy but, at the time I have a lot of homework.”