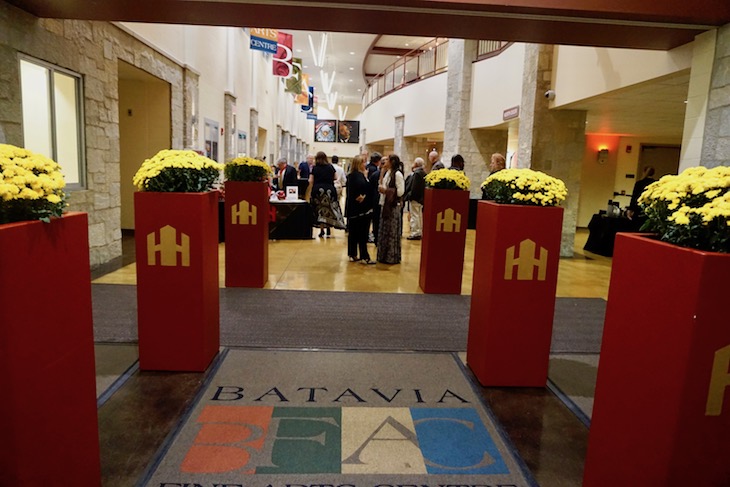 The Batavia Hall of Honor class of 2018 was recently announced with eight new inductees.

The Batavia Hall of Honor inducts nominees that have exemplified pride and accomplishment within and outside of the Batavia community. The nominations for this year were due on Feb. 1. The committee of staff, administrators, and community members met in early February to decide who would be inducted. A public release was issued to the community after those inducted were informed.

“Batavia is a special community,” said Dr. Joanne Smith, the principal of Batavia High School. “To be nominated and then selected is special not only because someone thought so highly of your accomplishments to complete the nomination, but also your community appreciates your contributions.”

A ceremony will be held at the Batavia Fine Arts Center, awarding them with medals in the fall during Homecoming week, which starts Sept. 17. Their names will also be put on a plaque on display at BHS.

The award is given to those “who have demonstrated excellence in their field and/or commitment of service to District 101,” Smith said, according to the Hall of Honor bylaws.

Some of the alumni inductees from 2017 include Corey Williams and Pat Bergeson. Williams was inducted from the class of ‘92 for a basketball scoring record and reaching Illinois State Semi-Finals with the BHS team, playing for the University of Arizona team, and a professional twelve-year career with teams around the world afterward. Bergeson was inducted from the class of ‘79 for his musical career as a guitarist and harmonicist at BHS and later in life in New York and Nashville.

Those chosen are also seen as role models and as example citizens to everyone. Staff members in the district are inducted for displaying accomplishments and service through their work for the community.

Community members are given this award for their help, support, and devotion to being a citizen of Batavia. They are inducted for their noticeable service to the community and its members, even if they have not graduated from Batavia High School.

Other inductees from 2017 include John Heath and Richard Johnson. Heath, a former band director for BHS, was inducted as a staff member for helping the music program grow from 80 to 265 members along with winning many awards as its director. Johnson was inducted as a Batavia friend for his time spent on the Board of Education where he helped in the reconstruction of the high school.

Each year up to six alumni, one staff member, and one Batavia friend can be inducted. This will be the fourth year of the inductions in the Batavia community.