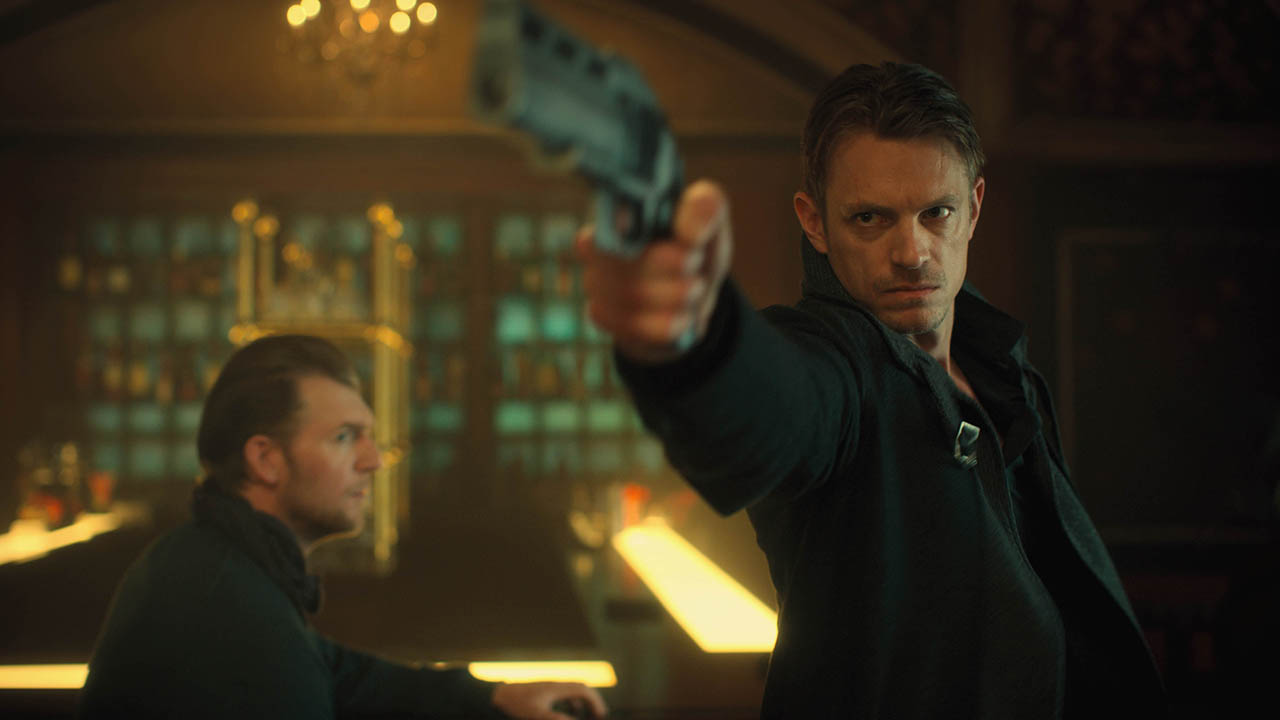 The sci-fi genre has been re-sleeved; literally. Netflix’s new hit series Altered Carbon, released on February 2, 2018, is gritty, violent, action-packed, saucy, and a whole lot of fun for both sci-fi nerds and people just looking for something to binge watch. Creator and executive producer Laeta Kalogridis produces another masterpiece that viewers and critics alike will absolutely devour, having already written successful scripts for movies like Shutter Island(2010), Pathfinder(2007), and served as executive producer for critically acclaimed movies like Avatar(2009) and Terminator Genisys(2015).

The show takes place in the fictional Bay City, a city that is controlled by the government of the Protectorate. Humans have found a way to have their consciousness’ recorded onto devices called stacks that are implanted in the back of their heads. When a person’s body, called a sleeve, is killed, their stack can be put into another body. This method allows the rich(called Meths), to essentially live forever using a complex system of cloning and stack back up

In Altered Carbon, Takeshi Kovacs(Joel Kinnaman and Will Yun Lee) a former Envoy and the last of his kind, wakes up in a new sleeve after 250 years on ice. Property of Bancroft Industries, owned by the wealthy ‘Meth’ Laurens Bancroft(James Purefoy), Kovacs is given one assignment. Solve Bancroft’s own murder and he will be pardoned for all his crimes against the Protectorate. With the help of Bay City detective Kristin Ortega(Martha Higareda), vengeful hacker Vernon Elliot(Ato Essandoh), and his hotels AI manager Poe(Chris Conner), Kovacs sets out to solve the murder and gain his freedom.

Along the way Kovacs has to deal with the pain of being the last Envoy, all others being killed in a war against the Protectorate years before including Kovacs lover and Envoy leader Quellcrist Falconer(Renée Elise Goldsberry). Through flashbacks his time as an Envoy is explored, as well as his abusive childhood and his time as a CTAC officer for the Protectorate under the command of the ruthless Jaeger(Daniel Berhardt).

As Takeshi comes closer to solving the murder, the re emergence of his thought to be dead sister Rei(Dichen Lachman), complicates things as his sister tries to take everything Takeshi has come to love and protect, wanting him to join her in her quest for dominance over all Meths and poor alike. In the end it all comes to one final fight between brother and sister, each fighting for their own beliefs and morals.

In a show packed with action, mystery, and crisscrossing storylines, Altered Carbon, is guaranteed to keep you guessing and entertained, all the while you will be wondering what the heck just happened. Season 1 is up and streaming now on Netflix, so head over now to re-sleeve yourself into the world of Takeshi Kovacs.