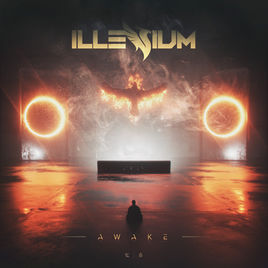 Illenium’s latest album, Awake, is everything I could’ve asked for and more–I can’t stop listening! Thirteen tracks of pure Illenium greatness come together for an album that will impress you start to finish. His unprecedented production combined with the voices of incredible vocalists make for some of the most beautiful music you’ll hear all year. If you listen to the album start to finish, it tells a sincere story of heartbreak, beginning with tracks that tell of hurt and struggle, yet ending triumphantly as he finds his way back to love.

Illenium is a beloved favorite of many dance music lovers, myself included. He somehow continues to get better and better as time goes on, creating some of the most passionate and euphoric melodic bass music I have ever heard. His music truly makes the listeners feel something. Whether it be happiness, hurt, hope, or love, Illenium has found a way to elicit real emotion with his music, a talent that most every artist strives for.

There is no stronger start to an album than “Needed You” featuring Dia Frampton. The song, which opens with flowing vocals that melt into an incredible bass drop, resonates in the listener’s mind far past the song’s close. The track combines Illenium’s mastery of mystical elements and sounds as well as powerful bass juxtaposed with unique vocals. If there should be one song selected to describe the tone for the entire album, “Needed You” could certainly be number one for this position.

The rest of the songs off the album mirror “Needed You” by keeping the same slow melodic bass. They also keep adding beautiful vocal lyrics to the songs that will be sure to make you feel something deep down. My personal favorite track off this list would have to be “Let You Go” ft. Ember Island. I have a personal connection to this since I got see Illenium live in December. This song really speaks to me too; the drop is my favorite and the vocals by Ember Island are beautiful. His show in Chicago left me in awe and brought tears to my eyes.

Illenium has grown in popularity since last year, and this album received even more people attached to his music. This is the first studio album he put out so it will be interesting to see what he can build off of this album. Illenium is my favorite artist out right now. Not only do I love all of his music but every song he puts out means something. He creates songs that he believes people can relate to. Illenium leaves all of his listener’s star-struck whenever he makes new songs and this album wasn’t anything different. Awake is available on Itunes, Soundcloud, and Spotify. It is the number eight album in the world for electronic music and it definitely deserves to be where it is.